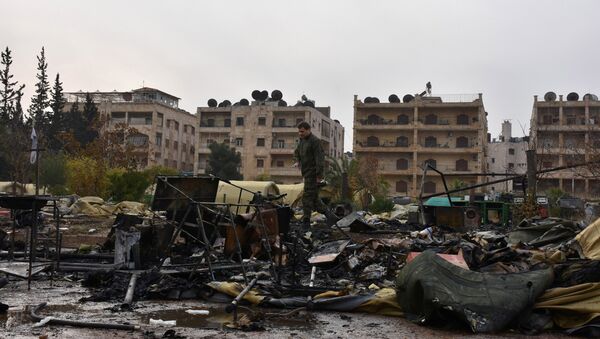 The bodies of two Russian medics killed in Syria's Aleppo in an artillery attack will be flown to the city of Birobidzhan in Jewish Autonomous Area (JAA) in southeastern Russia on December 9, a source from law enforcement told RIA Novosti on Wednesday.

What's Behind Deadly Shelling of Russian Hospital in Aleppo
VLADIVOSTOK (Sputnik) — According to the source, the funerals will take place on Saturday.

"The aircraft with the bodies [of the medics] is departing from Moscow to Khabarovsk at 7 p.m. local time [16:00 GMT]. The bodies will be flown from Khabarovsk to Birobidzhan by a helicopter. So they will arrive at JAA only tomorrow," a source said.

Sources at the Russian Defense Ministry regard the tragic incident as a premeditated assassination, blaming the so-called moderate opposition and its Western sponsors.