What's Behind Deadly Shelling of Russian Hospital in Aleppo 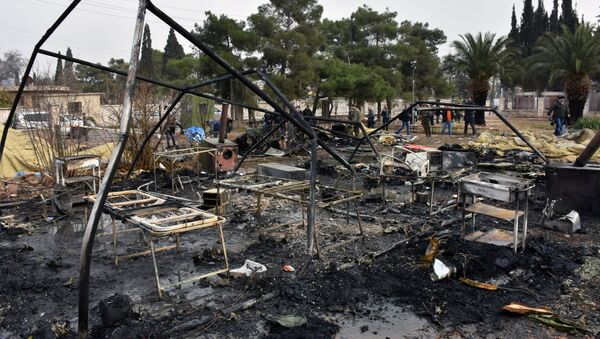 A one-and-a-half-hours-long shelling of a field hospital in the embattled Syrian city of Aleppo which claimed the lives of two Russian medics indicates that radical groups have no reservations against attacking medical facilities in order to perpetuate the war in the devastated country, RIA Novosti analyst Alexander Khrolenko asserted.

Russian Colonel Killed in Aleppo - Russian Defense Ministry
"Perhaps, those who organized the attack counted on a strong response from the government forces and their allies which would entail cutting off all roads and corridors [from districts in eastern Aleppo] for those rebels" who consider laying down their arms, the analyst noted.

The incident took place in a government-held district of Aleppo at 11 a.m. local time on Monday, Russian defense officials said. Russian Defense Ministry spokesman Maj. Gen. Igor Konashenkov pinned the blame for the attack on the Syrian rebels, as well as on those supporting them from France, the United Kingdom and the United States.

The government-led forces have achieved major success in Aleppo in recent weeks, liberating more than half of the rebel-held districts in the eastern part of the city. On Wednesday, the Syrian Arab Army (SAA) and its allies took control of the entire historic city center of Aleppo, known as the Old City. Few doubt that Aleppo will be fully liberated in the coming weeks.

"In a broad sense the militants targeted the peaceful life in a city recovering from the war. Professional medical assistance to locals is one of indicators of the looming peace," Khrolenko observed.

The analyst added that the deadly shelling raised questions with regard to the goals that Western countries and their partners in the Middle East are pursuing in Syria. 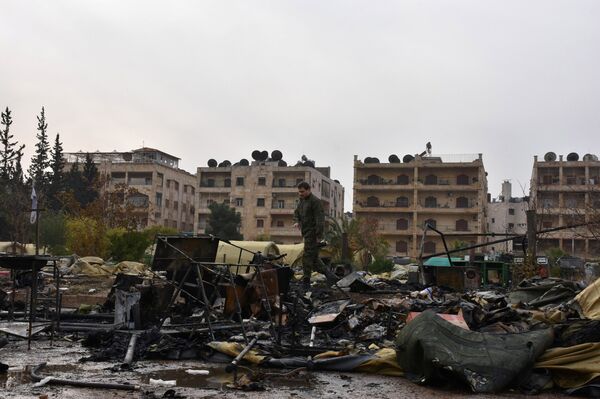 A Russian soldier inspects the damage at a Russian military field hospital after it was shelled by what the Russian Defence Ministry said were Syrian rebels in Aleppo, Syria, in this handout picture provided by SANA on December 5, 2016.
© REUTERS / SANA

Aleppo Resolution Vetoed by Russia and China Was Designed to 'Save Terrorists'
"If 'dictator' Assad and his allies systematically take care of the Syrians, one cannot but ask what the US-led coalition of 80 nations has been doing there," he observed. "What was the purpose behind sparking a years-long war between professional armed 'opposition' fighters against the legitimate government, the Syrian Arab Army and the Syrian people?"

Kurdish politician Omar Hassun assumed that the attack on the Russian hospital in Aleppo points to "a deep divide among the militants. Some are ready to lay down their weapons and return to peaceful life, while the most radical fighters say that they are ready to fight until the end."

Khrolenko suggested that some militants are ready to continue fighting because they still receive weapons, supplies and information from outside of the city although the SAA and its allies have done their best to cut off all supply roots to the rebel-held areas of Aleppo.