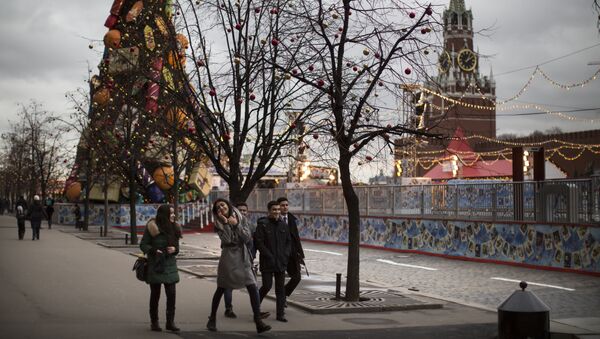 © AP Photo / Alexander Zemlianichenko
Subscribe
International
India
Africa
In an interview with Sputnik Serbia, Montenegrin politician Marko Milacic shared his impressions of the 10th European Russian Forum held in Brussels to discuss the situation in Ukraine, Syria and the current conflict between the West and Russia.

Milacic, who is a leading member of the anti-NATO Movement for a Neutral Montenegro, said that the ERF had offered a rare opportunity to air opinions that often differ from Western propaganda.

“I was glad to hear independent, pro-Russian opinions being expressed there by people and organizations from the very heart of Europe. Taking part in such meetings you can see that despite sanctions and the vicious anti-Russian propaganda, the support Russia enjoys in Europe is way bigger than what mainstream media want us to believe,” Marko Milacic told Sputnik Serbia.

He added that the mere fact that such a forum has been held is a sign of progress, because dialogue is exactly what the world now needs most.

Marko Milacic quoted many participants of the Brussels meeting as blaming the “banking, military and media oligarchy in the US and NATO” for the current cool in relations between Europe and Russia.
Milacic had also informed the participants about the situation in his own country.

“I told them that Montenegro was under the combined pressure from NATO to become part of this crude and destructive [organization] and from criminals inside the country, led by [ex-Prime Minister] Milo Djukanovic and his regime. When you look at those in Montenegro who are holding out for partnership relations with NATO you realize what this organization is all about, that it has nothing to do with democracy,” Milic emphasized.

The European Russian Forum, held annually since 2007, is a platform for a political dialogue between the European Union and Russia. It is organized by the EU Russian-speakers Alliance and its President, Member of the European Parliament Tatjana Zdanoka.

This year Russia was represented there by deputy head of the State Duma’s International Relations Committee Vladimir Lukin, director of the Institute of CIS Affairs Konstantin Zatulin and Russia’s permanent representative to the EU Vladimir Chizhov.