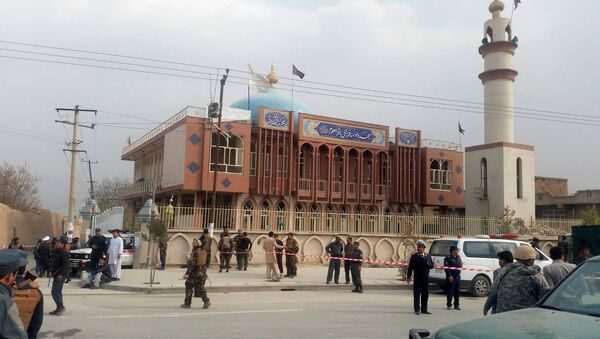 The government of Afghanistan hopes to enlarge the national transport network within ten years, in particular, to establish the railway connections with Russia and Europe, Afghan Public Works Minister Mahmoud Baligh told Sputnik.

No Alternative to Russian Helicopters in Afghanistan - Russian Foreign Ministry
MOSCOW (Sputnik) — The construction of the railway connecting Atamyrat in Turkmenistan, the Immamnazar border crossing point on the Turkmen-Afghan border, and Aqina in Afghanistan, has been underway since 2013. The ongoing project is considered a priority for the Afghan transport system, and has already been connected to the national rail network of Afghanistan.

"As for the prospects of the railway, we hope it can help establish communication not only with Turkmenistan, but with all the countries of Central Asia and Russia. Through Georgia and Azerbaijan, we could build rail links with Europe. Trade prospects for the transport network deserve special attention. We can speak about an increase in the import of foreign products… and our exports to various countries," Baligh said.

He said that the volume of goods transported via the Atamyrat — Imamnazar — Aqina railroad would amount to some one billion tonnes in 2017, increasing to 3 million the following year.

The minister added that the Afghan authorities were planning to build over 5,000 kilometers (3,100 miles) of railway lines in all directions available within about ten years.