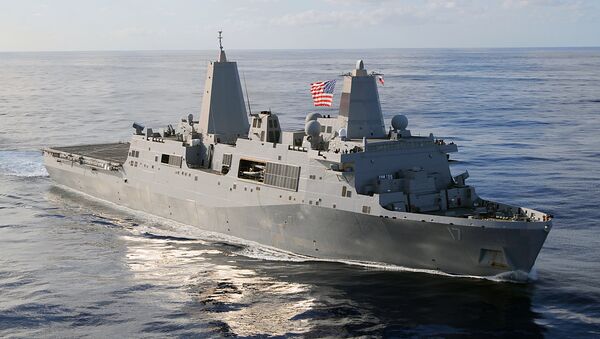 The amphibious transport vessel San Antonio ended on Sunday its participation in the campaign against Daesh terrorist group in Libya, the US Navy said in a news release on Tuesday.

US Carrier Strike Group Eisenhower Resumes Anti-Daesh Operations
WASHINGTON (Sputnik) — According to the release, the vessel concluded its support of Operation Odyssey Lighting (OOL) and completed a relief-in-place with the amphibious assault ship USS Wasp.

Since October, the San Antonio deployed precision airstrikes in support of the Libyan government forces fighting the Islamic State in the town of Sirte, the release stated.

Over the course of 43 days, the San Antonio successfully executed dozens of combat missions, the release stated.

The San Antonio belongs to the US 6th Fleet, which is stationed in Italy and serves to advance US national interests, security and stability in Europe and Africa.