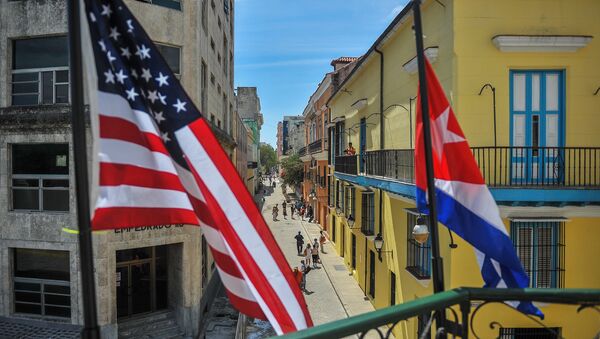 WASHINGTON (Sputnik) — Toner said that meetings ia an opportunity for the parties to review reached progress.

"It is another opportunity to review progress… that has been made since we made the decision to reestablish diplomatic relations with Cuba," Toner stated. "Is this an acceleration? Not at all… this is a long-scheduled meeting."

Cuban Five Member: Castro’s ‘Fighting Spirit’ is His Legacy in Cuba
The United States and Cuba, Toner noted, are holding their fifth bilateral commission meeting on Wednesday in Havana to review progress on range of priorities including migration, law enforcement, civil aviation and economic issues.

Last week, Trump threatened to undo any "deal" that the United States has made with Cuba if Havana fails to take steps to improve the lives of its people.

In December 2014, outgoing US President Barack Obama announced that the United States would normalize relations with Cuba after more than 50 years of non-engagement and hostilities.