Obama: Most Deadly Attacks on American Soil Directed From US 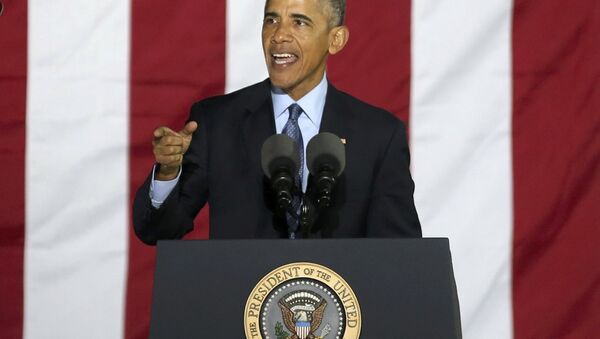 Most terrorist attacks against the United States have been carried out from within and not directed by terror groups abroad, outgoing President Barack Obama said in an address to troops at MacDill Air Force Base in the US state of Florida.

WASHINGTON (Sputnik) — According to Obama, attacks have been carried out by homegrown and largely-isolated individuals who were radicalized online.

"For all of our necessary focus on fighting terrorists overseas, the most deadly attacks on the homeland over the last eight years have not been carried out by operatives with sophisticated networks or equipment directed from abroad, they’ve been carried out by homegrown and largely-isolated individuals who were radicalized online," Obama stated on Tuesday.

President Obama Delivers Counterterrorism Speech
Obama explained the attackers have not caused casualties on the same scale as the September 11, 2001 terror attacks on New York City and Washington, DC, but they have created fear and threatened to change US values.

Military action, Obama added, will not eliminate the threat of terrorism, and said attacks will remain a threat for years.

However, the US president repeatedly urged that the United States should not sacrifice its values, civil liberties or the rule of law in order to fight extremism.

The speech was Obama’s final address to US soldiers as commander-in-chief before he leaves office in January.