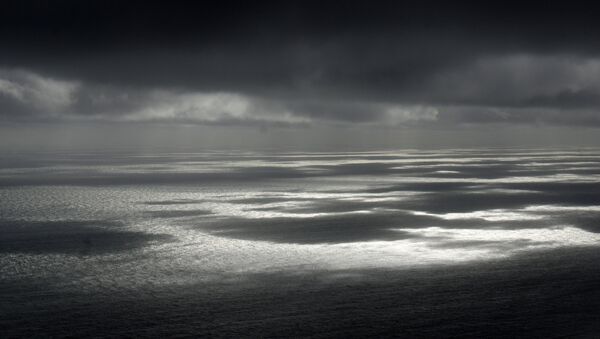 It was also announced that the day before the Russian Defense Ministry had summoned Ukraine's defense attache to hand him a military-diplomatic note protesting the introduction of illegal restrictions by the Ukrainian side on the use of airspace over the Black Sea during missile firing drills to the west of the Crimean peninsula coastline.

Moscow repeatedly called Kiev's missile launches a threat to the safety of Russian civilian flights to Crimea, adding that it was a provocation. Russian aviation authorities also informed the International Civil Aviation Organization (ICAO) about the issue, though no reaction has followed yet.

No Threat to Russian Civil Aviation

Russian Flight Routes to Crimea Unaffected by Ukrainian Missile Firings
After launch of the drills, Russian Transport Ministry said there was no threat to Russian civil aviation, though the safety of international air navigation was endangered.

"The zones do not affect the routes that operate flights to Simferopol and to Crimea as a whole," Russian Deputy Transport Minister Valery Okulov said.

The deputy minister added it was unfortunate that Moscow's "appeal to common sense" was left unheeded by Kiev.

"This is a sad situation, the fact that we have not been heard. It is definitely not conducive to coordinating our actions on air traffic over neutral waters in the Black Sea," Okulov stressed.

Russia's Bastion Defense Systems Arrive to Crimea
As regards Crimea, Ukraine’s Air Force command said that any threat to the Crimean residents was completely excluded, since the borderline of Ukraine’s missile launch site was approximately 17-20 miles away from the northwestern coast of Crimea.

"The borderline of the eastern part of a specified [rocket launch] site passes 27-30 kilometers [17-20 miles] away from the northwestern coast of Crimea, a direct rocket launch site – at a distance of 90 kilometers, which completely rules out any threat to the residents of the peninsula," the statement on the command’s Facebook account said.

Meanwhile, Crimea’s head Sergey Aksenov said the launch of missile exercises had no impact on the situation in the region.

"These drills make no difference to us," adding that all necessary measures to ensure citizens safety were taken.

Russia May Shoot Down Ukrainian Missiles Launched Near Crimea if Threatened
Ukraine’s border guards also assured that the situation on the border with Crimea region was calm.

For instance, Igor Korotchenko, chief editor of "National defense" magazine, said that, according to official statements of Ukraine’s Ministry of Defense, Kiev was conducting a test firing of missiles, which underwent a renovation, though Ukraine lacked qualified repair centers.

Russian Foreign Ministry called the attempts of the Ukrainian side to interfere Russian air space was a dangerous precedent and provocation.

"Attempt of the Ukrainian side to use Russian air space is a very dangerous precedent. Unfortunately, we know the history of the Ukrainian air defense, so such attempts create problems for ordinary passengers," Deputy Foreign Minister Alexey Meshkov said.

"Regarding the so-called exercises with missile launches, I want to say that this is another large-scale provocation by Ukrainian authorities aimed to escalate the conflict between Ukraine and Russia," Zakharova said at a weekly briefing.

Russian Transport Ministry said on Thursday that Ukrainian actions in the airspace near Crimea would not be left without response and assessment.

000000
Popular comments
Just waiting for Ukranian spiders to shoot themselves in the foot yet again. Thing is, will their rockets actually work or blow up on the launchers???