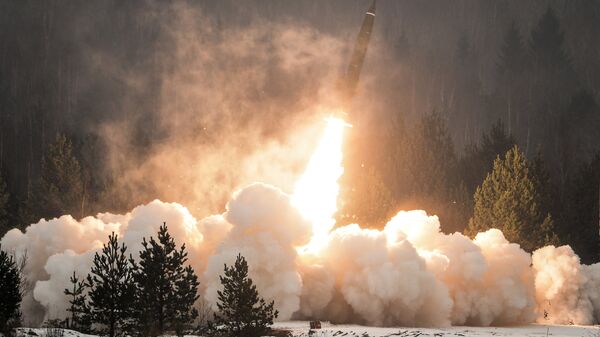 Ukraine has gone ahead with its controversial missile-firing exercise which was launched earlier on Thursday. RIA Novosti political analyst Alexander Khrolenko said that the war-games are putting flight safety at risk and provoking Russia.

"Ukraine is holding a missile-firing exercise in Russia's airspace close to Crimea. Kiev's unilateral decision and Notices to Airmen (NOTAM) go against the Convention on International Civil Aviation and create a threat to civil aircraft," he said. "Kiev is putting people at risk and provoking Russia. What for?"

Russia May Shoot Down Ukrainian Missiles Launched Near Crimea if Threatened
Khrolenko suggested that Kiev views these drills as a "legal military activity," while any defensive response to it will be branded as "Russia's aggression against Ukraine."

A new batch of the Bastion was deployed to Crimea on November 30. This battalion most likely includes ten vehicles and four launchers. An unnamed source told RIA Novosti that it will be placed in two regions on the Black Sea peninsula.

Ukraine Starts Missile Launches in Country's South
The K-300P Bastion-P, which NATO refers to as SS-C-5 Stooge, is meant to engage surface ships including carrier battle groups, convoys and landing craft amid counter fire and electronic warfare, as well as land-based targets. The system is equipped with the P-800 Oniks, a supersonic anti-ship cruise missile with a maximum range of 300 kilometers (more than 186 miles).

Russia is capable of ensuring flight safety and countering airspace violations, the analyst noted. There are no "technological limits" in this respect.

Russian Flight Routes to Crimea Unaffected by Ukrainian Missile Firings
Khrolenko also suggested that Russia could launch its own military drills close to Odessa in response to Kiev's ongoing war-games.

Although it is hard to say what Russia's exact response will be, one thing is clear, he added. "Ukraine's provocative missile-firing exercise will not go unanswered since Crimea and its territorial waters are part of Russia's sovereign territory even if someone disagrees with this," he noted.

On November 24, the Russian Defense Ministry summoned Ukraine's defense attaché to hand him the note of protest.