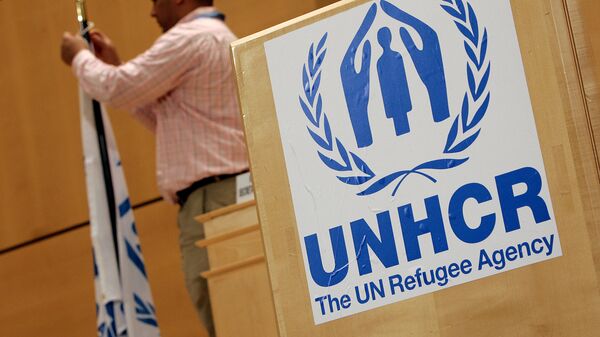 United Nations High Commissioner for Refugees Spokesperson Scott Craig said that the United Nations plan on delivery of humanitarian aid to Eastern Aleppo is under negotiation with all parties involved in Syrian conflict and necessary security guarantees have not been received yet.

ICRC Starts Sending Staff to Aleppo Where Armed Clashes Stopped
MOSCOW (Sputnik) — The United Nations plan on delivery of humanitarian aid to Eastern Aleppo is under negotiation with all parties involved in Syrian conflict and necessary security guarantees have not been received yet, United Nations High Commissioner for Refugees (UNHCR) Spokesperson Scott Craig told Sputnik on Wednesday.

Earlier in the day, the Russian Defense Ministry’s spokesman Maj. Gen. Igor Konashenkov said that he United States, the United Kingdom, France and the United Nations have not yet offered humanitarian relief to 90,000 Aleppo citizens, liberated from militants two days ago. He reminded about the previous US, UK, UN and French demands to provide humanitarian access to eastern Aleppo when it was held by the militants.

"The United Nations has a long-standing plan to deliver medical, food and other life-saving assistance to those in need and to evacuate the ill and critically-injured from eastern Aleppo. Negotiations are currently underway in order to implement this much needed plan. It requires receiving security guarantees from all parties involved – which to date have not been received," Craig said.

According to Craig, as a humanitarian organization UN stands ready to provide assistance to those who need it when it is safe to do so and security guarantees being provided by all concerned parties in the conflict which have to date not been received.

"We have already started providing a range of humanitarian assistance – tents, winter clothing, and other essentials – to those who have fled the fighting in Eastern Aleppo. Shelter conditions remain a top priority – the area is also yet to be cleared of unexploded ordnance and mines – which further complicates the delivery of aid," Craig added.

The situation in Aleppo has been seriously deteriorating over the recent months. Thousands of civilians are trapped in the terrorist-besieged eastern parts of Aleppo with no access to food or water. There have been several attempts to establish a ceasefire, however the bids have failed.