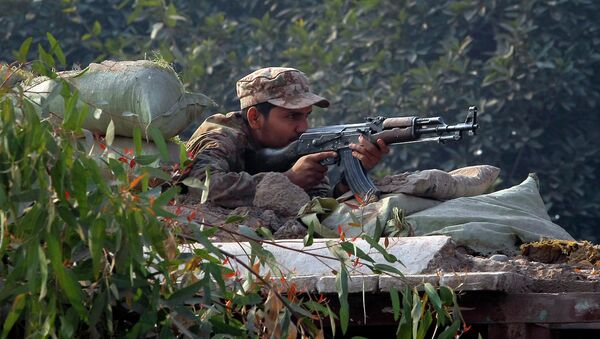 Pakistan Prime Minister Nawaz Sharif announced November 16 that he had named General Qamar Javed Bajwa to replace General Sharif and run the army for the next three years.

It is for the first time in 20 years that the most powerful official in Pakistan has retired on time and passed the position to a person chosen by the prime minister.

General Raheel Sharif said earlier this year he was not going to seek extension. "I will retire on the due date," Sharif said.

Pakistan Allows Russia to Use Gwadar Port for Exports
His stepping down on time was somewhat unexpected. He has gained unprecedented popularity among the general public.

"Some of the hyper-nationalists, some TV anchors and retired [military] mafia wanted him to stay, but he disappointed them," said Saad Mohammed, a retired brigadier general. "He stayed out of politics, he stood up to India, he brought the army out of despondency and he took on the challenge of terrorism that was eating at our vitals. He will go down in history as one of our best and most popular army chiefs."

Newly appointed chief Bajwa had been serving as inspector general of training and evaluation. He has also commanded the famed 10 Corps, the army's largest body, which is responsible for the area along the Line of Control (LoC) that divides India's Jammu and Kashmir from Pakistan-controlled Kashmir. He also served with a UN mission in Congo as a brigade commander.

He is said to consider extremism a bigger threat to Pakistan than India, according to Dawn.com.

"He is extremely professional, but very easy-going and full of compassion," an officer who had served under him said.

Bajwa is apolitical, without any biases, not seeking attention, his military colleagues said.

The new army chief is going to face a number of challenges such as Taliban militants on the border with Afghanistan as well as the situation with Kashmir. He will also have to work on protecting $50 billion worth of Chinese investment in energy and infrastructure in Pakistan.

Bajwa is due to take the command of Pakistan's Army at a ceremony in Rawalpindi November 29.