At Least 7 Killed, 18 Injured in Car Accident in Nepal 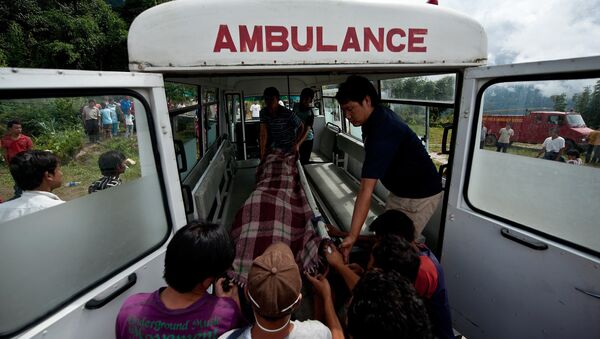 At least seven people were killed and 18 more were injured, when a jeep fell over a cliff in the southern Nepalese district of Nawalparasi, local media reported.

Car Accident in Northern India Left 16 People Killed, 28 Injured
MOSCOW (Sputnik) – The Katmandu Post newspaper reported, citing local police, that the jeep hit a crowd of people, killing and injuring a number of people on Saturday evening and then fell down from some 200 meters (some 220 yards).

The rescue operation was complicated by the challenged terrain in the accident site, the newspaper added.

According to the media outlet, the bodies of the victims have already been sent to the local medical center.