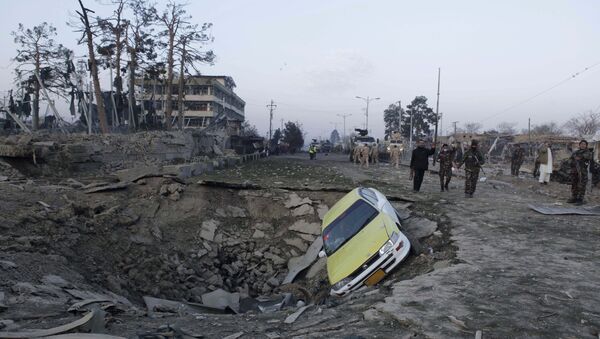 © REUTERS / Anil Usyan
Subscribe
International
India
Africa
German diplomats in Afghanistan will not return to the consulate building, attacked in early November, and will be accommodated at the fortified military Marmal camp, media reported on Friday.

Germany Mulls Moving Anti-Daesh Operations Base From Turkey to Jordan
MOSCOW (Sputnik) — According to Spiegel newspaper, the consulate building cannot be restored, while some of its parts could collapse.

On October 10, an attack on the German consulate in northern Afghanistan left six people dead and over 120 wounded. A suicide bomber rammed an explosives-laden truck into the walled compound in Mazar-i-Sharif, dealing huge damage to the building and triggering a firefight between gunmen and security forces. Neither German nor Afghan staffers of the general consulate had been injured.

Camp Marmal is the largest military base of the Bundeswehr outside of Germany, which is located in Northern Afghanistan and hosts more than 5,000 soldiers.