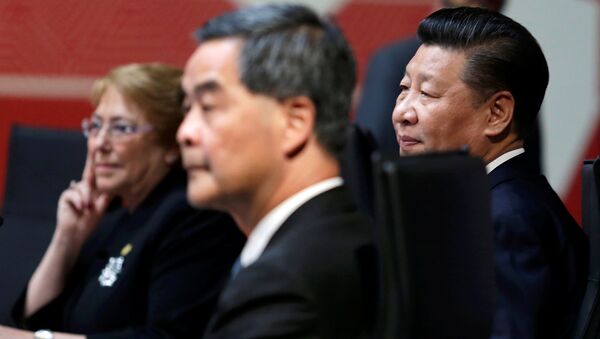 Chinese President Xi Jinping called on Hong Kong Chief Executive Leung Chunying to uphold national unity and maintain social and political stability during their meeting on the sidelines of the APEC summit in the Peruvian capital of Lima.

The meeting came amid deepening concerns in Beijing over a fledgling independence movement in Hong Kong and recent street protests in the city. 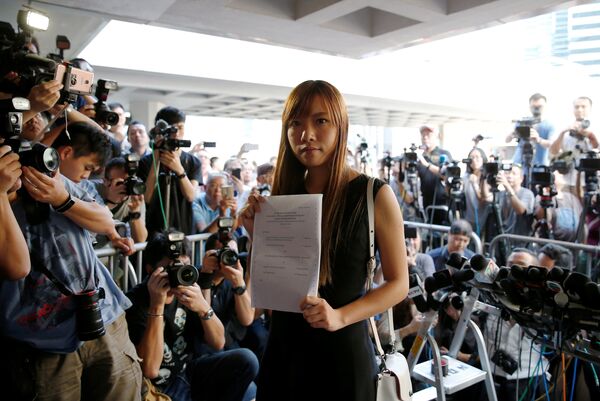 This political gesture sparked controversy and met a stern response from Chinese central authorities who said it had touched the bottom line of the one country, two systems principle.

Soon after the incident, the National People's Congress today adopted an interpretation of Article 104 of the Basic Law of the Hong Kong. An oath taker is disqualified forthwith from assuming the public office if he or she declines to take the oath, the interpretation said.

How Foreign Powers Attempt to Destabilize the Situation in Hong Kong

An oath taker who intentionally reads out words which do not accord with the wording of the oath prescribed by law, or takes the oath in a manner which is not sincere or not solemn, shall be treated as declining to take the oath. The oath so taken is invalid and the oath taker is disqualified forthwith from assuming the public office specified in the Article, it added.

This interpretation and the High Court decision following it stopped chaos in the Hong Kong’s Legislative Council after three weeks of paralysis. Such a political vacuum played into the opposition’s hands and was inappropriate for the central government, Moscow State University’s Institute of Asia and Africa Deputy Director, Andrei Karneev told Sputnik China. 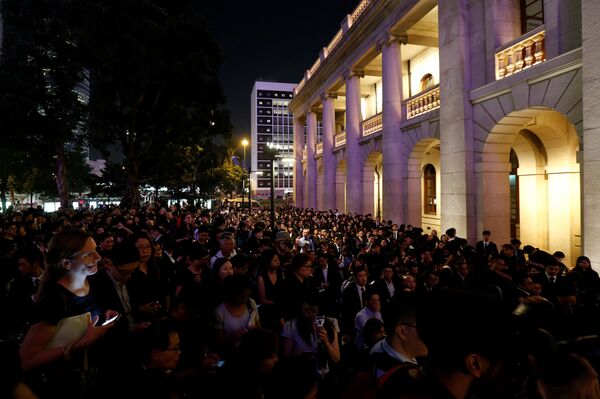 Hundreds of members from the legal sector stage a silent protest outside the Court of Final Appeal, against Beijing's most direct intervention in Hong Kong's legal and political system since the 1997 handover, in Hong Kong, China November 8, 2016
© REUTERS / Bobby Yip

“Amid aggravation of the situation, rumors about Beijing being dissatisfied with Hong Kong Administration’s work emerged. The observers expected from Xi Jinping and Leung Chunying’s meeting some important signals of what the reality is,” Karneev said.

The official report about the meeting says that the central government “fully endorsed” the work of the Chief Executive and the Hong Kong government. It also emphasizes that it is important “to continue integration policies, to widely gather consensus, to push for economic development and improve livelihoods, resolutely uphold the unity of the country, maintain social and political stability.”

“Thus, the central authorities made it clear once again that the public consolidation is necessary in the interests of Hong Kong citizens, their long-term prosperity and social stability,” the expert said.

The call to protect political stability demonstrates Beijing’s cautious attitude towards the young oppositionists’ gesture, Karneev assumed. He prognosed that the opposition forces may resort to th mass street protests again, which would require the Hong Kong authorities to take a firm stance.

Since the new generation of Hong Kong democrats came into political arena the authorities have had more trouble maintaining order. However, the majority of observers believe that the situation in Hong Kong in general remains under control. Nevertheless, the “Umbrella revolution” which brought young members to the Legislative Council will long affect the situation in China’s special administrative district. 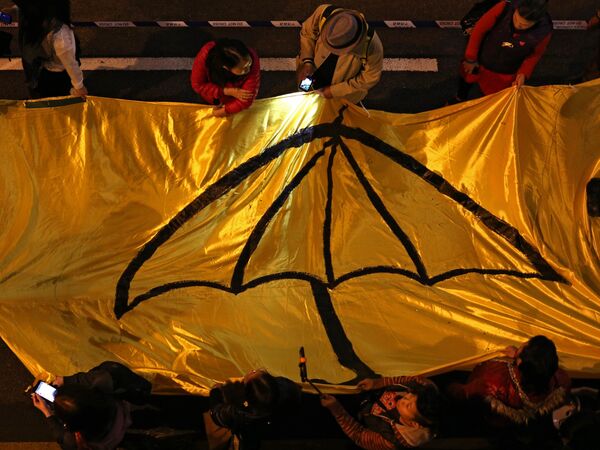 The protests dubbed the Umbrella Revolution began in September 2014 in Hong Kong in response to Chinese authorities' proposed reforms to the Hong Kong electoral system. Protesters demanded direct elections of the city's chief executive to replace the suggested two-step process.

China gained sovereignty over Hong Kong in 1997. The region was granted legal, economic and political autonomy from Beijing under the "one country, two systems" principle formulated by Chairman of the Central Advisory Commission of the Communist Party of China Deng Xiaoping in the early 1980s.