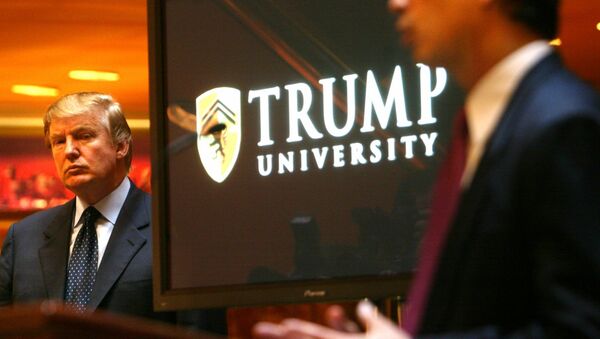 Lawyer Hopes for Trump Administration to Change US Stance on Assange, Manning
WASHINGTON (Sputnik) — Trump wouldn’t have to admit wrongdoing in either case but would be required to pay between $20 million and $25 million in the settlements, according to the New York Daily News.

During the presidential campaign, Trump repeatedly insisted he would not settle the litigation and denied the allegations against him.

Trump University, which offered courses in real estate financing, has been accused of operating without licenses and, through its marketing, fraudulently promising students an education they never received.