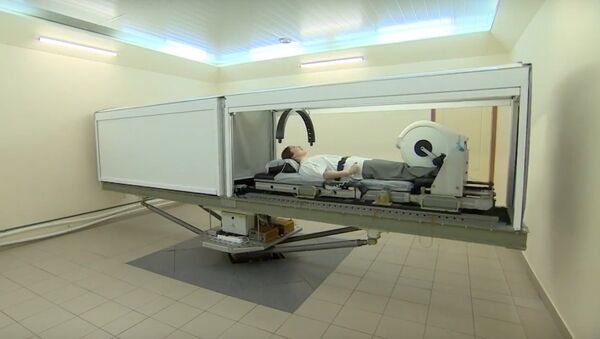 Being an astronaut is a big challenge that requires some exceptional skills, amongst them being the ability to live and work in zero-gravity. However, this may not soon be needed as Russian scientists have created a special centrifuge powerful enough to mimic Earth’s gravity.

Scientists from Moscow’s Institute of Medical and Biological Problems demonstrated their centrifuge on Wednesday.

"Our testers experienced this very feeling that is usually missing it space, the feeling of footing. While the test subjects were lying in a horizontal position, the centrifuge was turned on and they had a clear feeling that they had been overturned, put on their feet, and could easily walk around," Milena Koloteva, leading researcher at the Russian Institute of Medical and Biological Problems told the journalists.

Earlier it was reported that a small-radius centrifuge will be installed aboard an inflatable module developed by Russia at the International Space Station (ISS). The centrifuge is being developed by the Russian space firm RSC Energia.