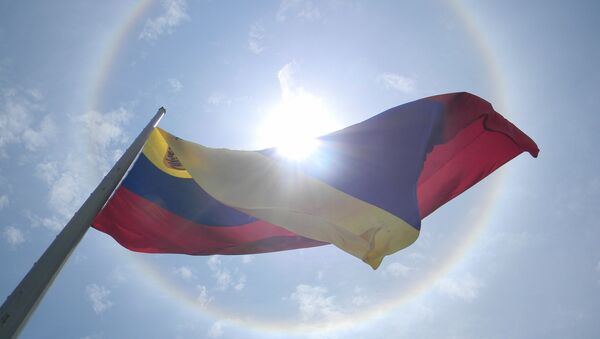 Nicolas Maduro on Clinton's Election Loss: Venezuelan Opposition 'Jinxed Her'
MEXICO CITY (Sputnik) — Three opposition members of the Venezuelan parliament gave up their mandates on Tuesday as part of the agreement on the improvement of the relations between the government and the parliament, Vice President of the Venezuelan National Assembly Simon Calzadilla told Sputnik.

"The deputies from the state of Amazonas have asked to resign as members of the National Assembly. Hopefully, this week the government will fulfill its obligations and next week we will meet to assess [the situation]," Calzadilla said.

In return, the Supreme Court is reportedly supposed to repeal its decision on the illegitimacy of the National Assembly.

Relations of President Nicolas Maduro and the parliament have been strained since the election of a new opposition-controlled parliament in January, as the opposition was not in favor of the current leader. In particular, it considered the issue of Maduro's impeachment, as well as tried to introduce an amendment to reduce the term of the president from six to four years.