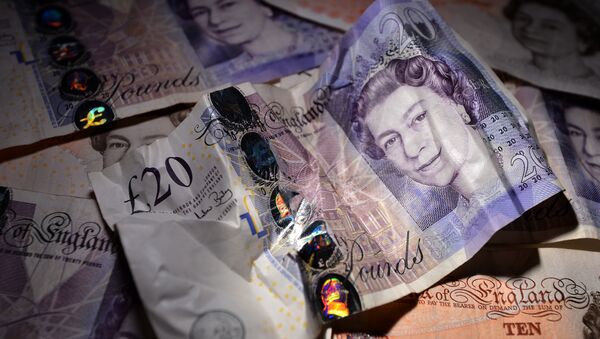 One-third of all UK businesses have either abolished or postponed their intentions to make investments totaling 65.5 billion pounds ($82.5 billion) since UK nationals voted for the country to withdraw from the European Union in June, a study revealed on Monday.

London's Mayor Says Brexit, US Elections Show Rising Need for Social Solidarity
MOSCOW (Sputnik) — According to the study commissioned by Hitachi Capital, a UK leading financial services company, and conducted by YouGov and the Centre for Economic and Business Research, 44 percent of medium-sized companies and 23 percent of smaller companies abandoned their investments due to Brexit-related factors.

A total of 22 percent of 1,015 surveyed senior British business decision makers said that the fall in the pound had been one of the main reasons behind their decisions. The uncertainty over the UK’s future membership of the single market and possible impacts of Brexit on UK "domestic-economic health" have also become strong factors impacting businesses' decisions, according to the study.

On June 23, the United Kingdom held a referendum to determine whether or not the country should leave the European Union. According to the final results, 51.9 percent of voters, or 17.4 million people, decided to support Brexit. The decision of the Britons has already caused depreciation of the country's currency and raised questions about the stability of the UK financial sectors.