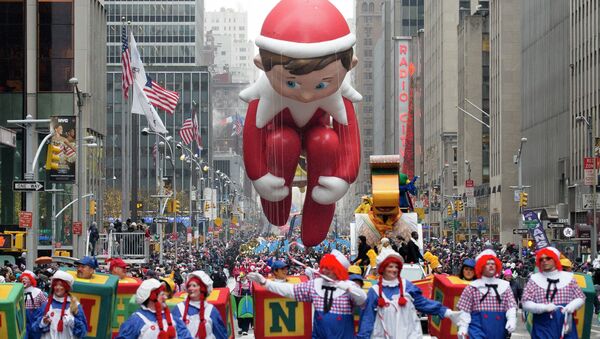 In a desperate attempt to stay relevant ahead of its upcoming defeat in Syria and Mosul, representatives for Daesh have called for “lone wolf” attacks on American soil.

Daesh Collapse May Pose Threat to Dutch Security as Jihadists Will Return Home
The target? Macy's famous Thanksgiving Day Parade in New York City on November 24, which the terror group called an "excellent target" in its Rumiyah magazine. The threat comes as US president-elect Donald Trump calls to concentrate US-led coalition efforts in Syria to fight Daesh, instead of trying to oust Syrian President Bashar Assad.

"One need not be a military expert or a martial arts master, or even own a gun or rifle, in order to carry out a massacre or to kill and injure several disbelievers and terrorize an entire nation," the group reportedly wrote, according to the New York Post.

The group encouraged followers to use the same truck-ramming tactics that were used in the Bastille Day attack in Nice, France, which killed 86 people and injured over 400.

Security officials suggest that the threat is part of a common routine, a long-standing procedure that has only slightly increased recently, as the group has begun to significantly lose ground in the Middle East.

"The fact is, they have lost territory, key leaders and their resolve is fractured. New York City's biggest threat is lone wolves — not direct [Daesh attacks]," one security official told reporters.

Balloons and Broadway Show Parade Through New York City on Thanksgiving
Police have announced that they will keep a close watch on information regarding possible attacks, but so far claim that they have not receive any actionable data.

"I definitely would have been notified [if such a threat existed]," a federal official said.

Manhattan's Thanksgiving Day parade is an annual event watched by millions, both on the street and on television, hosted by the US-based department store chain Macy's, beginning in 1924. The November 24 parade starts at Central Park West, lasts for three hours and covers a distance of about 2.5 miles through the city's streets.