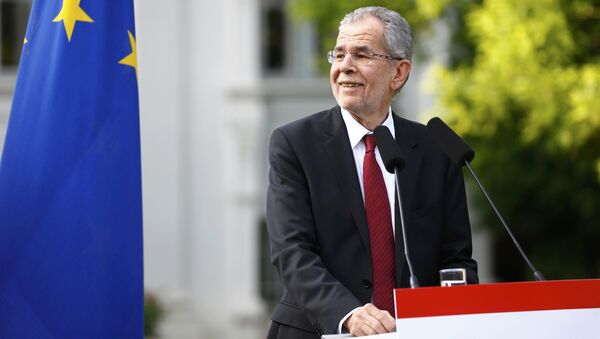 In an exclusive project for Sputnik Germany, Russian historian and archivist Valery Kuzmin, who works in the State archive of the Pskov region, shared the most interesting and unknown facts about the Russian roots of the current Austrian presidential candidate Alexander van der Bellen.

Kuzmin revealed that for over 130 years, Russia was home to the Van der Bellen family. At least four generations of Van der Bellen's family lived in Russia's Pskov region.

According to the Kuzmin, the history of the Van der Bellen family in Russia began in the 18th century, when many professionals from European countries — academics, servicemen, ship builders, architects and doctors- came to Russia following the reforms of Peter the Great.

The main reason for the integration of the foreigners into the Russian state system was the fact that they could bring comprehensive development and modern knowledge to the ambitious Russian Empire. 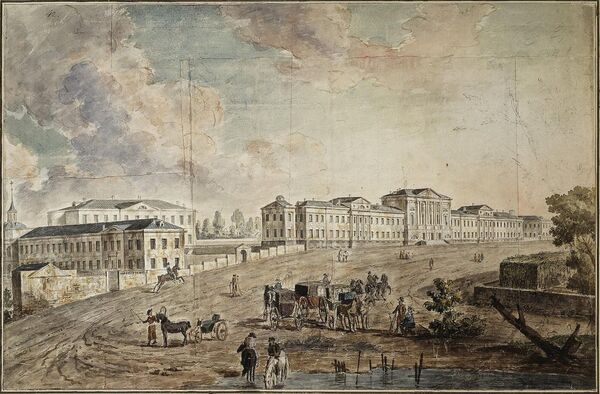 Historic documents say that Johann Abraham van der Bellen was Dutch and in 1787 started working in Moscow's General Hospital as volunteer. In about 1793, Abraham came to Pskov and joined a team of military doctors.

During the War of the Fourth Coalition in 1806-1807, Abraham proved to be very helpful and competent. He also became well-known for his kindness as he spent his own money to accommodate injured soldiers and buy necessary medications.

In 1801, Abraham married and a year later his son, Alexander (the current presidential candidate's great-grandfather), was born. Alexander later swore allegiance to the Russian Emperor in order to ensure nobility for future generations of his family.
His children (including his son Alexander — grandfather of the current Austrian presidential candidate — who served as the governor of the Pskov region) also lived in Russia until the 1917 Revolution and left the country in 1918, later joined by other members of his family. 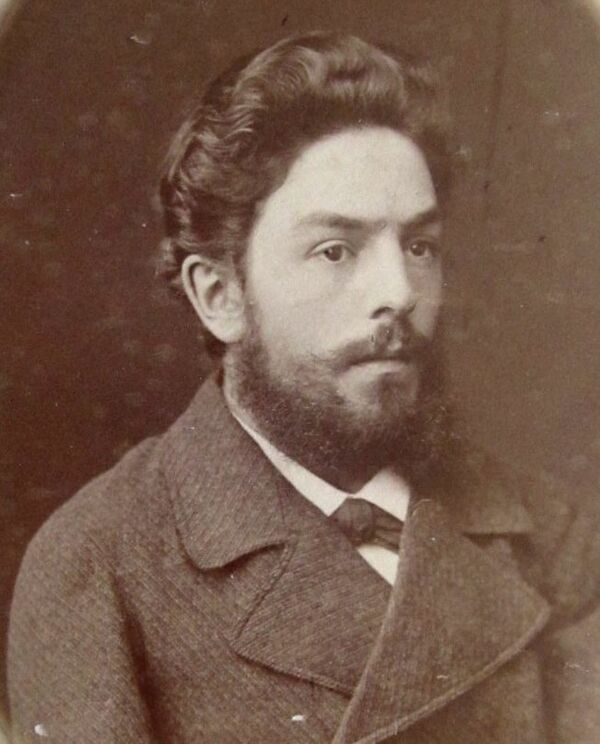 Before his departure, his son — Alexander Van der Bellen (father of the Austrian presidential candidate) — is said to have successfully graduated from the local gymnasium in 1918. In spite of the October Revolution, he continued to live in Pskov with other members of the family until 1919. This can be proved by a list of Pskov residents who paid property taxes in which the Van der Bellen family was mentioned as well. 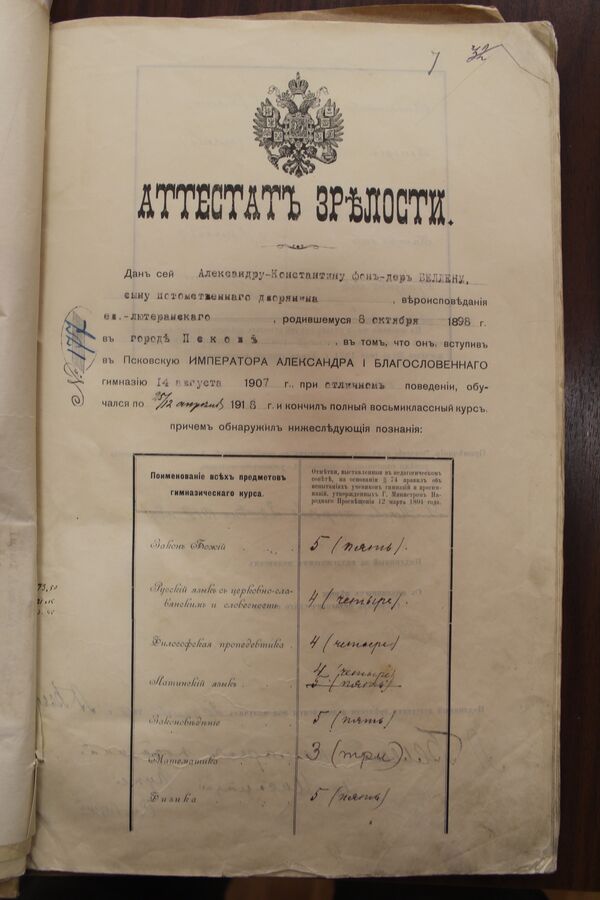 Thus, the current Austrian presidential candidate has Russian roots going back to the 18th century. The politician himself is said to have a neutral attitude toward Russia. With regard to the Ukrainian conflict, he supported Russia's position on the Crimean issue.

Two rounds of presidential elections have already been held in Austria this year. In the second round, Van der Bellen received 50.3% of the votes, while his opponent, Norbert Hofer, was supported by 49.7% of the voters.
Later, the Austrian Constitutional Court announced the election results invalid due to numerous violations and ordered a new round of the voting. The next election is scheduled for December 4.