Hispanic Turnout in US Election Up 17% Compared to 2012, Civil-Rights Group Says 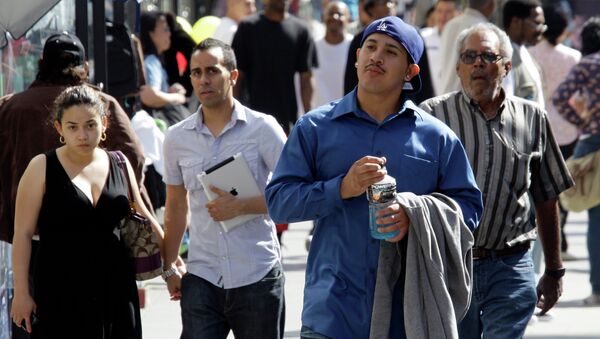 Turnout among Latino voters increased more than 17 percent in this year's US presidential election compared with four years ago, the League of United Latin American Citizens (LULAC) said in a press release.

In the Wake of Trump's Win, US Muslims Readying to Fight for Justice and Freedom
WASHINGTON (Sputnik) — LULAC "was encouraged by strong turnout from Latino voters throughout the country,” Wednesday's release stated. “Latino voters easily exceed projections of 13 million with strong evidence of Latino surges in the key battleground states of Colorado, Arizona, Florida, Virginia and Nevada.”

Latino voters are continuing their increased role in US elections, the release asserted.

Besides praising the surge in Latino turnout since 2012, LULAC noted that former Nevada attorney general Catherine Cortez was elected as the first Latina in the US Senate.