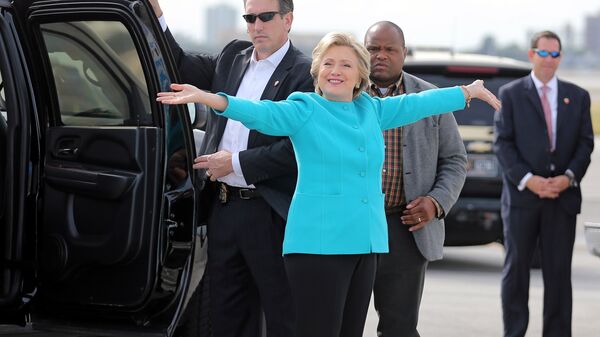 The campaign of the US Democratic Party nominee Hillary Clinton reached out by phone or in person to twice as many voters as her Republican opponent Donald Trump's team, a Morning Consult/Politico exit poll showed Tuesday.

Clinton Leads in 6 Out of 7 US Swing States - VoteCastr
MOSCOW (Sputnik) — According to the poll results, 17 percent of the voters were reached by Clinton staffers, 8 percent were contacted by Trump campaign, 9 percent claim to have been reached by both candidates' teams, while 62 percent say neither candidate reached out to them.

The poll also showed that for 51 percent of the Democrats and 53 percent of the Republicans the legacy of the outgoing president Barack Obama had little effect on the choice of the next US president.

The results based on 9,704 early and Election-Day voters interviews are preliminary and could change greatly further in the day.