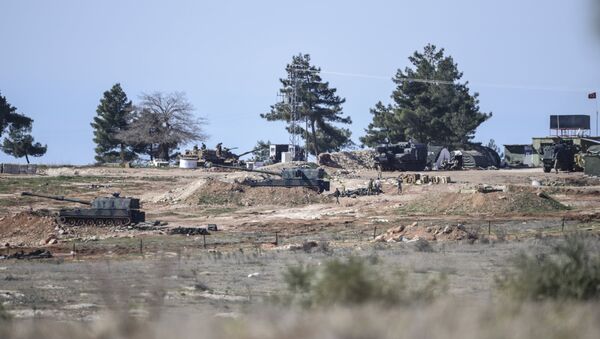 Turkish armored personnel carriers and other military vehicles were transfered to the border town of Kilis, near Syria, according to local media.

The Anadolu news agency reported citing the Turkish Chief of Staff that the move was motivated by the necessity to increase the size of the army group at the Turkish-Syrian border.

Daesh Shelling Claims Over 20 Lives in Turkish City of Kilis
On August 24, the Turkish army with the support of US-led coalition aircraft launched the Euphrates Shield operation to clear Jarabulus and the surrounding area of the Daesh, outlawed in Russia and many other countries. The operation has been widely criticized both by the Syrian Kurds and Damascus accusing Ankara of violating Syria's territorial integrity.

Turkish President Recep Tayyip Erdogan reaffirmed his commitment to Syria’s territorial integrity, stressing the military operation in its north only aimed to bring peace to the region.