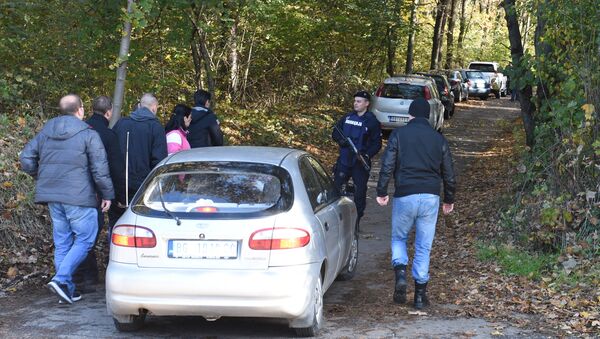 The cache of weapons was reportedly discovered by police on Saturday afternoon following a tip-off.

The weapons were discovered in a wooded area of Jajinci, a suburb of Belgrade, close to the home of Vucic' parents.

Serbian Interior Minister Nebojsa Stefanovic told Blic that the precise location was next to a bend in the road, where the Prime Minister's vehicle slows to a speed of almost ten km/h.

"We are very worried, but the Prime Minister is in a safe place," Stefanovic said.

The Prime Minister told Serbia's B92 news website that the location of the weapons may have been a coincidence, and his biggest concern is the safety of local people or children who might have found them.

"I can only assume that this has nothing to do with me. My biggest worry is that children play there, these are bombs, if the rocket-launcher exploded that would be a catastrophe. It could kill 20 children, it's close to the road, who knows how many people could be hurt," Vucic said.

On Monday Stefanovic reported that "mixed, partial DNA traces" from at least three individuals have been discovered on the weapons, making them difficult to trace.

"We are in a situation where an ordinary citizen found the weapons and called the Interior Ministry, which says that our security services are lagging behind events. The purpose of the security services is to know ahead of everybody else, to anticipate and predict," Stojanovic said.

Stojanovic voiced his suspicion that Vucic's security team "don't know who is doing what," and are hampered by a lack of communication between Serbia's security and intelligence agencies, and the Interior Ministry.

"The only thing that the Interior Ministry will determine via DNA analysis is who owned the weapons and who left them there. However, the key issue is the motivation for leaving the weapons there, whether this is preparation for an assassination attempt. That is the job of the security services, for whom the Military Security and Intelligence Agency is key," Stojanovic said.