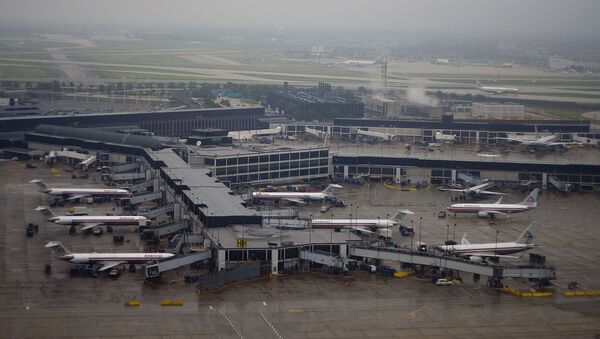 MOSCOW (Sputnik) – Earlier in the day, the airline said that seven passengers and one flight attendant received minor injuries and were hospitalized.

According to the CNN network citing District Chief Juan Hernandez, some 20 people were taken to hospitals with minor injuries such as bruising or injured ankles. None of the injuries were caused by the fire itself, the media outlet reported.

Three sources familiar with the issue also told the network that the plane’s engine suffered an "uncontained" failure.

Earlier in the day, the US Federal Aviation Administration (FAA) said that the plane had blown a tire.