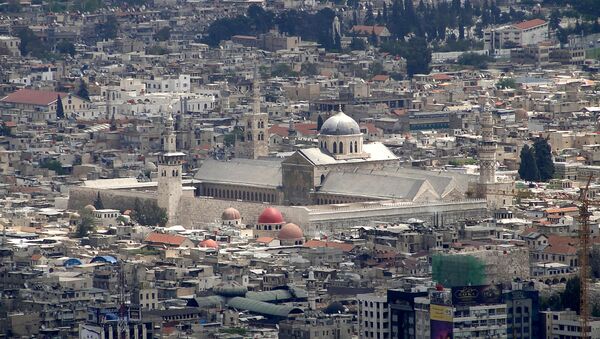 Due to its status as the "Muslim power", Russia has been able to work out a very effective policy in the Middle East; Kremlin's course based on realism and readiness to fight against extremism enables it to win in the whole of Arab-Muslim world where the West, and Europe and France in particular, inexorably loses, according to a French historian.

French Doctor of History and Associate Researcher at the Institute for Research and Studies on the Arab and Muslim World (IREMAM) at Aix-Marseille University, Roland Lombardi has attempted to "coldly and objectively" analyze Russia's current success in the Arab-Muslim world.

"Since the Western intervention into Libya, Russia has renewed its interest in the Mediterranean and the Middle East. Now no day passes without some symbolic or diplomatic success of the Kremlin in the Mediterranean region (the latest being the reconciliation with Turkey)," Lombardi writes in his article for French Atlantico news website.

'Influential Factor': Russia Continues to Gain Clout in the Middle East
He further explains that Moscow has signed new business contracts and deepened energy, policy and strategy partnerships with the countries in the region, such as Morocco, Algeria, Egypt, Israel and Iran.

Kremlin's decision to support Damascus, along with Iran, is seen as the most successful variant in the long term, regardless all the predictions of failure by some.

Russia has long become the "flagship state of Christian orthodoxy." In recent decades it has revived its "Orthodox geopolitics" in Southern Europe (Serbia), the Mediterranean (Greece and Cyprus) and the Middle East (Eastern Christians), the expert says, citing Orthodox philosopher Jean-Francois Colosimo.

Vladimir Putin has revived "the simple but ancient Russian policy: to open up access to the warm seas, clearing the hurdle of Crimea, which has reunited with Russia, and relying on Eastern Christians."

Lombardi says that such an approach explains Russia's position on many international issues such as Ukraine, Crimea and partially Syria.

Apart from pursuing its "orthodox geopolitics," one should not forget that Russia is also a Muslim power (it has been granted a status of observer the Organization of Islamic Cooperation (OIC).

Hence Russia stays focused on political developments in the Arab-Muslim world. To understand the history and the place of Islam in Russia, the historian suggests reading the works of Helene Carrere d'Encausse, a French historian specializing in Russian history, as well as the works of French geopolitical analyst Xavier Le Torrivellec. 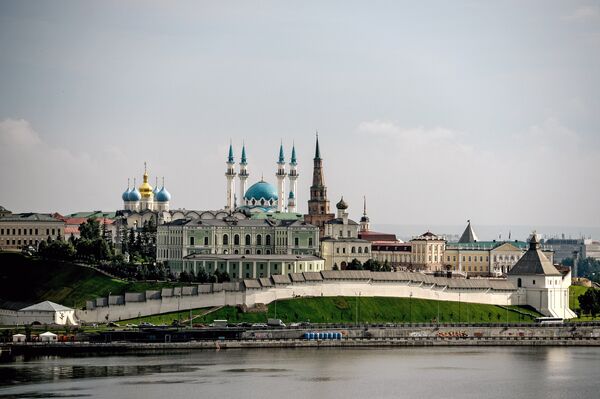 Islam is the religion of many ethnic minorities in Russia, he says. There are nearly 10,000 mosques in Russia. It is home to the largest mosque in Europe, which was opened in 2015 in Moscow. Islam has been practiced for nearly 1,300 years in regions such as the North Caucasus, the Urals and the Volga region.

Muslims are now the largest minority in Russia (nearly 15% of the Russian population is Muslim, which is approximately between 20-22 million of the total population of roughly 150 million).

The French historian recalls that Russia has been facing the "Turkish influence" on its Muslim population and attempts by some jihadist movements to destabilize its Caucasus and Central Asia regions.

It has therefore developed a "sovereign policy of cultivation of its own Islam" and this is one of the reasons why, since the early 1990s, foreign imams have been expelled from the country and all outside funding as well as any other outside influence, particularly from the Gulf countries has been prohibited. Indeed, Wahhabism, Salafism and the Muslim Brotherhood are banned in Russia, he states. 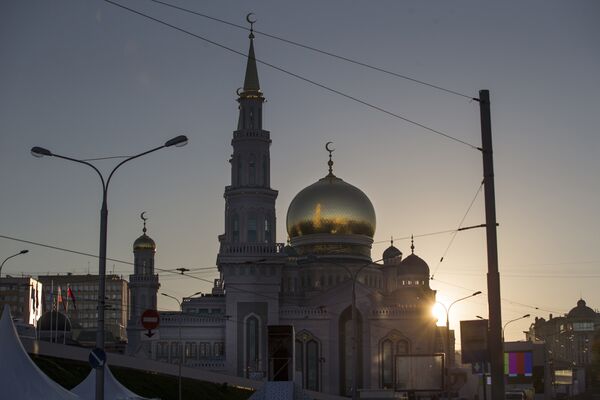 "In the Caucasus in particular, the Kremlin took control of Caucasian imams and poured millions of rubles into the region while relying on local leaders to ensure order everywhere up to mosques," he says.

However it could not completely escape from the "phenomenon of radicalization" which affected Muslims in Western countries.

For example, Lombardi says, more than 2,400 Russians and nearly 4,000 nationals of the former Soviet republics of Central Asia have joined the ranks of jihadists in Syria.

Officially, he notes, Moscow authorities have banned these departures, but in reality  few were stopped from leaving. One theory is that Russia would prefer to deal with these "traitors" as they are currently doing "now in Syria." 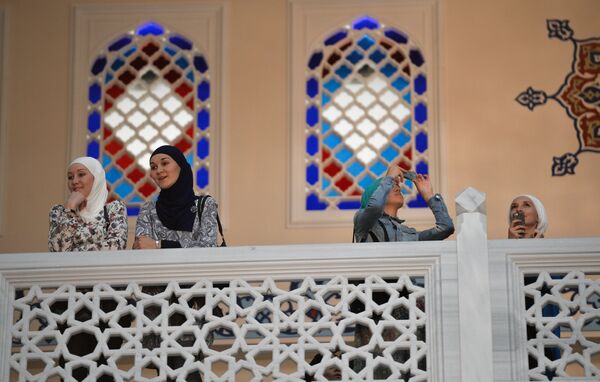 The country's law enforcement agencies have also been drawn in. Russia, as well as France, has been targeted more than once by Islamist terrorists, hence the Kremlin has realized the scale of the problem long ago. And Russia seems to be better armed against this kind of attack than the West.

Russia has taken a series of tough measures and has adopted extremely strict and severe anti-terrorism laws, including lowering the age of criminal responsibility for extremism to 14 years.

Thanks to this policy, Russians, unlike Europeans, are aware that the authorities, including religious, are doing everything possible to protect them. This means that there is no overall rejection of Islam on the part of the Russian population, as can be currently observed in Europe.

Ultimately, the country has a nearly 2,500 km border with Islam and the Kremlin is concerned over possible changes in the self-consciousness and self-identity of Russian Muslims. Hence the main challenge for Moscow in the coming decades will be to avoid social fragmentation and preserve peace in one of the oldest multi-cultural societies in the world.

This is probably also one of the reasons why Russia's migration policy is so strict and that refugees are not welcomed as, for example, in Israel or the Gulf countries, the historian says. 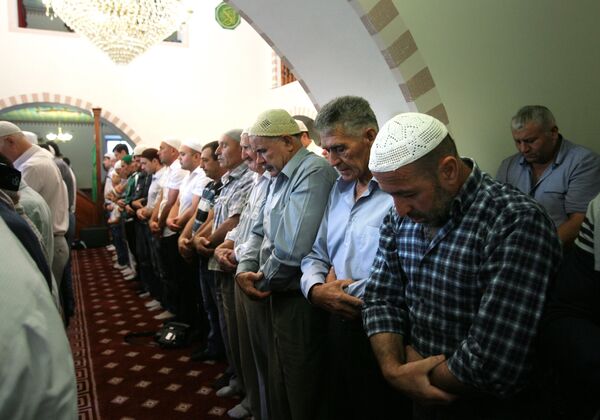 Meanwhile, in the Mediterranean and the Middle East, Russia no longer aspires, as it did in Soviet times, to hegemony. Its politics go well beyond the simple desire for, or projection of, power.

The Kremlin, as the Western chancelleries, was also caught by surprise by the infamous "Arab Spring". But, unlike European and US officials, Russian strategists have quickly realized that any "democratic changes" would bring to power the Islamist parties, which are better organized and more determined than weak or "revolutionary" democrats.

Aware of such developments in its Caucasus and in Central Asia, Russia quickly adopted the policy of containment and decided to set up a shield in the Mediterranean and Middle East against political and radical Islam.

The perception of Russia in the Arab-Muslim world is not the same as of Europe, the historian says, due to three reasons.

Confrontation with Russia in Syria Risks Incalculably Serious War With the West
First, in contrast to the West with its colonial past, Russia has a "totally uninhibited" approach to the Arab-Muslim world.

"For Russians, it is unimaginable to apologize about, for example, Russia's long wars of conquest in Central Asia and the North Caucasus between 1817 and 1864. No repentance for mass deportations of millions of Muslims (including Chechens and Ingush) in the 1930s under Stalin or for his war in Afghanistan in the 1980s," Lombardi says.

Then, Moscow pursues the principles of non-intervention and non-interference basing its policies on diplomatic principles.

Finally, for the reasons mentioned above, Russia presents itself as the champion in the fight against terrorism and Islamism.

Thus, Russia's clear message to the states of the region can be put like this.

"Manage your country as you like but we do not want Islamists," moderate "or not, in power in Russia. In exchange and if needed, you can always count on our loyalty and support."

Russia 'the Only Force Able to Help the Middle East'
Syria, he says, is a clear example of that promise. In addition to demonstrating its strength and showcasing its weapons (wars are also used to sell weapons), the historian notes that Moscow has been supporting diplomatically and militarily President Assad for five years.

"Whether we like it or not, it is the Russian solution that will prevail in Syria," he therefore suggests.

"Russia will eventually win due to the American palsy, caused by elections, weakness of the UN and European inconsistencies. To understand this, one must read the latest and excellent analysis of my colleague Fabrice Balanche, one of the few honest analysts of the situation in Syria," he said.

"Thanks to its clear and consistent policy in the region, certainly Russia is doing well (even with Saudi Arabia)… Russia may emerge as the only true justice in the Middle East. The question is what the new American options for the region will be after January 2017 and will Moscow succeed where other Western powers have always failed," he finally said.