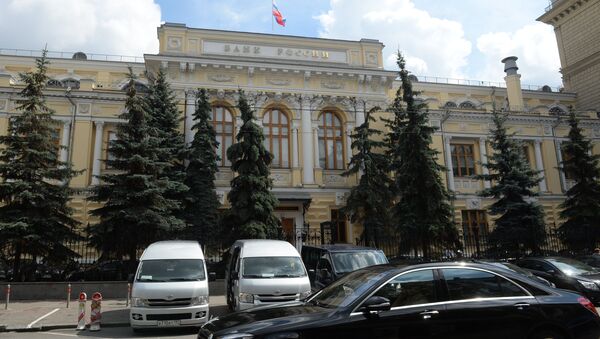 The president of the VTB Bank said that the co-called cheap money are needed for the Russian economy to renew growth.

MOSCOW (Sputnik) — The Central Bank of Russia may reduce the key interest rate to 7-8 percent in the next year, the president of Russia's VTB Bank, Andrei Kostin, said on Wednesday.

"There is a chance that the key rate [in 2017] will be reduced to 7-8 percent, which is much better for the economy than the current 10 percent," the head of Russia's second largest bank, said on the sidelines of the Russia Calling! investment forum in Moscow.

Central Bank of Russia Sees Signs of Recovery in Consumer Activity
According to him, the declining inflation rate allows for a lowering of the key interest rate.

Kostin added that the co-called cheap money are needed for the Russian economy to renew growth.

On September 16, the Russian Central Bank cut the key rate by 0.5 percent down to 10 percent, citing a declining inflation rate.

The Russian economy suffered a setback in 2014, as the ruble lost about half of its value against the dollar amid low global oil prices and Western economic sanctions imposed against Russia on the pretext of the Ukrainian crisis.