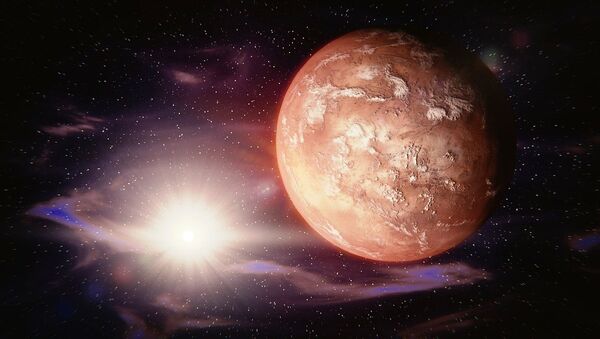 Over the last few weeks NASA scientists have been using soil from Hawaii soil to research growing food on Mars. The Kennedy Space Center is collaborating with the Buzz Aldrin Space Institute in Melbourne, Florida, to study how different crops would perform on the Red Planet.

NASA explained that its "Martian Gardens" can help astronauts use their limited space more efficiently by carrying seeds into space instead of the usual provisions.

"The 100 pounds of Martian soil simulant being used at Florida Tech comes from Hawaii and was chosen based on spectral data from Mars orbiters,” an article on the NASA website explains. “It will be a common simulant used for testing the performance of the hardware systems used to grow plants. The Florida Tech team will experiment with which and how much nutrients should be added to the simulant for optimal plant growth of various crops."

Mars has no soil, but is covered in regolith, a crushed volcanic rock that contains no organic materials.

The research began shortly before US President Barack Obama announced plans for humanity to travel to the red planet in the next couple of decades.

"We have set a clear goal vital to the next chapter of America's story in space: sending humans to Mars by the 2030s and returning them safely to Earth, with the ultimate ambition to one day remain there for an extended time," he said in a speech on Tuesday.

The two institutions will be examining what data to gather and deciding test strategies. Florida Tech faculty will be drafting a report after the test is complete, while NASA tests the stimulant being used in the experiment.

The agreement between Florida Tech and NASA was signed in June, and research began September 30. A final report is to be released in March 2017.