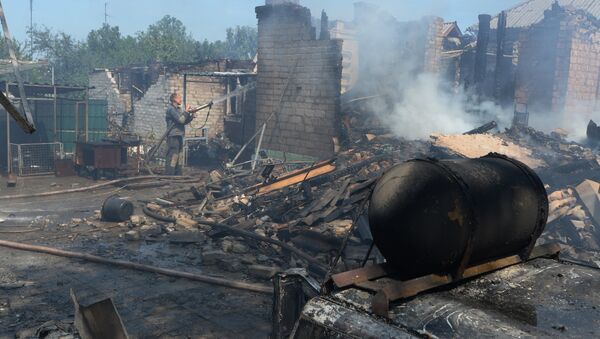 "Regarding the Minsk agreements, the progress is too slow. I am ready with Mrs Mekel to assemble the Normandy Format at any moment," Hollande said speaking at the Council of Europe.

The French president called on Kiev to fulfill its obligations under the agreement.

Italian Lawmaker Says Many Colleagues Support Recognition of Donbass Republics
Kiev launched a special military operation in Ukraine's southeast in April 2014, after local residents refused to recognize the new Ukrainian authorities, which came to power as a result of a West-sponsored coup.

In February 2015, Kiev forces and Donbass independence supporters signed a peace agreement in the Belarusian capital of Minsk. The deal stipulates a full ceasefire, weapons withdrawal from the line of contact in Donbass, as well as constitutional reforms that would give a special status to the self-proclaimed Donetsk and Lugansk People's Republics. Despite the agreement, the ceasefire regime is regularly violated, with both sides accusing each other of multiple breaches, undermining the terms of the accord.