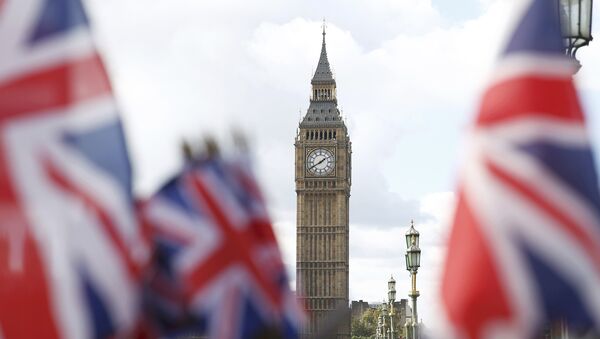 © REUTERS / Peter Nicholls
Subscribe
Former Belgian Prime Minister and lead rapporteur for the European Parliament over Brexit, has warned that any negotiations over Britain leaving the EU should not be started until the UK has triggered Article 50 of the EU Lisbon Treaty - formally starting the process of Brexit.

Verhofstadt — who will lead the negotiations over Brexit for the European Parliament — said that, as a precondition, Britain would not be able to trade with the remaining EU, unless it agreed to uphold the four freedoms of the union: the freedom of movement of people, goods, services and capital.

The central issue ahead of the British referendum on its membership of the EU was immigration, with critics of the EU demanding that Britain retain powers to control immigration — and not Brussels. Many felt too many EU migrant workers were flooding into Britain.

My reaction to Amber Rudd going against UK values: https://t.co/XrAwLmLtQ1
The EU will defend the rights of her citizens wherever they are

​During a debate in the European Parliament about the upcoming European Summit, Verhofstadt laid out the conditions required to make the Brexit negotiations a success for all parties, saying:

"First, there will not be any pre-negotiations before the triggering of article 50. Second, negotiations need to be finished before the next European elections. I cannot imagine Mr. Farage coming back to this Hemicycle. Thirdly, the new EU-UK relationship needs to be a close one. In our interest and for the sake of 48 percent of British citizens who voted to remain in the Union. And finally, whatever the new relationship, it can never infringe on the four fundamental freedoms. European values will never be up for negotiation."

His comments — despite him saying there can be no "pre-negotiations" — go to the heart of the Brexit negotiations, with a standoff between London and Brussels over the freedom of movement of people to work within the EU.

European Commission President Jean-Claude Juncker, told reporters at the latest EU summit in Bratislava — the first summit of EU leaders without the UK: "There is a clear interlink as we made clear at the very beginning between the access to the internal market and the basic principles of the internal market — namely the free movement of workers and we are sticking to that position."