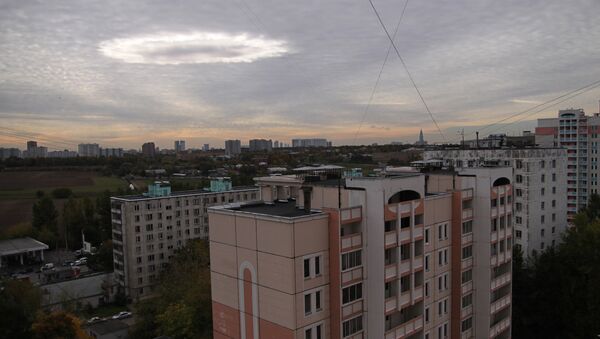 Researchers from the National Research Nuclear University (MEPhI) analyzed the possible structures of naphthalene dimers, a combination of two naphthalene molecules, according to the university’s press service.

Researchers from the National Research Nuclear University (MEPhI) have investigated possible structures of the naphthalene dimer in different states in order to better understand the photochemical properties of naphthalene and to estimate its concentrations in the air based on spectral measurements, the university’s press service told RIA Novosti.

Naphthalene is a toxic hydrocarbon. The International Agency for Research on Cancer (IARC) classifies naphthalene as possibly carcinogenic to humans and animals.

MEPhI Researchers Figure Out How to Improve Centrifuge Efficiency
The presence and concentration of naphthalene and naphthalene dimers in the air are estimated based on information about the position of spectral absorption bands. The MEPhI researchers have learned to obtain this information using a novel method of quantum chemical calculations.
The presence of naphthalene dimer in the air indicates a quite high naphthalene concentration, said Alexander Bagaturyants, a professor at the Department of Condensed Matter Physics of the National Research Nuclear University (MEPhI), Photochemistry Center of the Russian Academy of Sciences.

“We have calculated the corresponding binding and electronic transition energies, analyzed the nature of the electronic states in different structures, and found several parallel (stacked) and T-shaped structures in both the ground and excited (excimer) states in a rather narrow energy range,” Alexander Bagaturyants told RIA Novosti.

He said that their research has contributed to the excimer theory (an excimer is a combination of two identical molecules in an excited state), including the study of naphthalene excimers.

The results of this research have been published in the Journal of Physical Chemistry of the American Chemical Society (ACS).