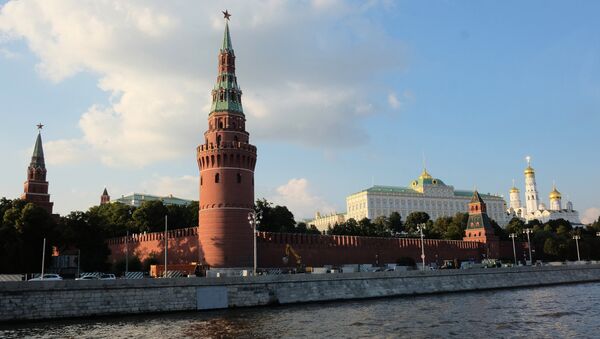 Russia considers the tone of US and UK rhetoric regarding it unacceptable, it may damage both the Syrian reconciliation and relations with Moscow, Kremlin spokesman Dmitry Peskov said Monday.

Syrian Armed Opposition Refuses to Continue National Reconciliation Talks
MOSCOW (Sputnik) – On Sunday, US ambassador to the United Nations Samantha Power accused Russia of "barbarism," while her UK counterpart Matthew Rycroft claimed it was "difficult to deny" that Russia and Damascus were committing war crimes.

"We, overall noting the inadmissibility of the tone of the rhetoric of representatives of the United Kingdom and the United States, and noting that such rhetoric can damage the reconciliation process and our bilateral ties, we still in the interest of higher ideas of reconciliation tend to distance ourselves from excessive emotions, and we state that the situation is really rather difficult and concerning," Peskov told reporters.

According to the official, Moscow is mainly concerned over terrorists using the ceasefire regime to regroup, fill up their arsenal and to prepare for a new offensive. Another concern is the fact that a distinction between terrorists and moderate opposition has not yet taken place, Peskov added.

"Moscow is not losing hope and more importantly political will to use its best efforts to reach a truly sustainable path of political settlement in Syria," the spokesman stressed.

According to him, it is still too early to hold a high-level meeting on the Syrian settlement as it would be futile without resolving several issues first.