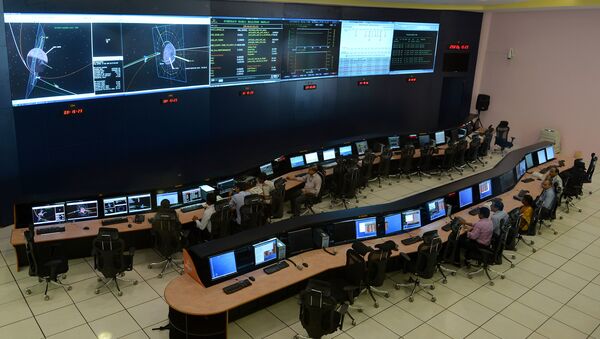 ISRO hopes to outperform other stakeholders in the lightweight satellite launcher category by exhibiting its capability to carry out multi-orbit missions.

ISRO to Use Indigenous Cryogenic Engine to Launch Advanced Weather Satellite
New Delhi (Sputnik) – The Indian Space Research Organization (ISRO) will achieve another milestone next week when the PSLV-C35, in its thirty-seventh flight, will launch 8 payloads in two different orbits. This will be ISRO’s first multi-orbit mission. It will be the longest ever PSLV flight which will last for more than 2 hours 15 minutes. The launch will be carried out from the Satish Dhawan Space Center, Sriharikota on September26.

SCATSAT-1 would provide wind vector data products for weather forecasting, cyclone detection and tracking services to users. The mission life of the satellite is 5 years.