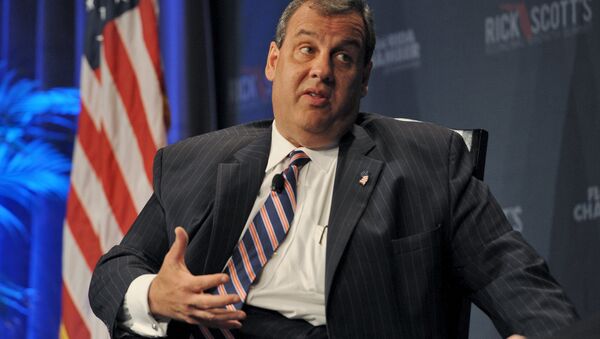 The federal trial began on Monday, and, in opening remarks, prosecutors have alleged that New Jersey Governor Chris Christie knew of the plan to shut down the lanes to the George Washington Bridge as part of a plot to punish a local mayor who would not endorse him.

Donald Trump Chooses New Jersey Governor Christie to Head Transition Team
Currently, two former Christie administration officials, David Wildstein and Bill Baroni, are on trial over the September 9, 2013, closing of lanes at the main toll plaza for the bridge during morning rush hour. The lanes remained closed until September 13, despite Fort Lee declaring that the closure and resulting gridlock was a threat to public safety. It is alleged that the chaos was a planned action of retribution against Fort Lee's mayor Mark Sokolich, for declining to endorse Christie in the latter’s 2013 gubernatorial election.

On August 13, deputy chief of staff Bridget Anne Kelly sent an email to Wildstein stating simply, "Time for some traffic problems in Fort Lee,” to which the defendant replied, “got it.”

Monday’s statement marked the first time that Christie has been formally accused of having knowledge of the plot as it was happening, despite lawyers for the defense having previously asserted that it was so.

Prosecutors allege that the two co-conspirators bragged to Christie about the mess they made, and that Christie knew that phone calls from Sokolich about the public safety emergency had been ignored.

Three days before the closure, Wildstein had instructed George Washington Bridge manager Robert Durando to not warn anyone about the impending closure, including police.

At the time, Baroni was the highest-ranking official at the Port Authority of New York and New Jersey, and he is accused of ignoring the mayor’s pleas to reopen the lanes and reschedule the maintenance work for a low-traffic time of day.