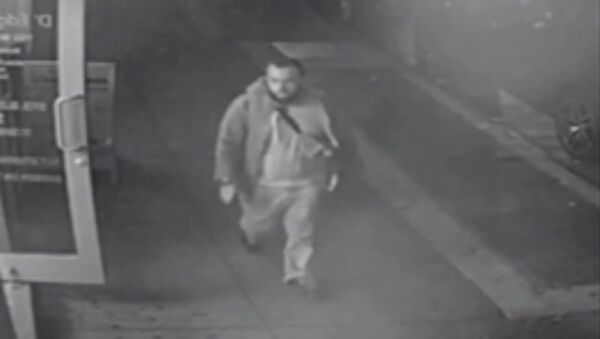 Ahmad Rahami, the man suspected of planting explosive devices in the US states of New Jersey and New York over the weekend, has been taken into custody. Police shot Rahami as it attempted to arrest him, mayor of the city of Lindon in New Jersey, Derek Armstead, stated later.

"He [Rahami] appears to be in custody. They have apprehended him," Armstead stated in an interview with WABC-TV. "He has been injured. They shot him."

Ahmad Rahami is in custody after shooting a police officer in the city of Liden, New Jersey, NBC News reported citing sources.

The New Jersey mayor has later confirmed the information.

WANTED: Ahmad Khan Rahami, 28, in connection to the Chelsea explosion. Call #800577TIPS with any information. pic.twitter.com/rBDQGfXwbh

Earlier in the day, NYPD announced that it seeks 28-year-old Ahmad Khan Rahami in connection to the pressure-cooker bomb.

NYPD Seeks 28-Year-Old Ahmad Khan Rahami in Connection to Pressure-Cooker Bomb
Ahmad Khan Rahami, a 28-year-old suspected of being behind Saturday’s bombings in New York and New Jersey, sued his local police for alleged discrimination against him and his family for being Muslims.

The 28-year-old and his relatives appeared to have filed a lawsuit against police officers in Elizabeth, New Jersey in 2011 which said they were subjected to "selective enforcement" on the grounds of their religion, The Daily Mail reported.

According to the lawsuit, filed in the federal court in Newark, the Rahimi family, US citizens of Afghan descent, have owned the chicken restaurant since 2002, and from the period between 2009 and 2011 were regularly targeted by police officers for staying open after 10 p.m, regardless of the authorization to do so.

New York City Blast: What is Known So Far About Manhattan Explosion
The police officers in Elizabeth department had allegedly humiliated and forced the Rahimis to close their restaurant at 10 p.m., claiming the area around it was notorious for criminal activity, the newspaper added. According to the Rahimis, the business has suffered significant losses as a result of early closures.