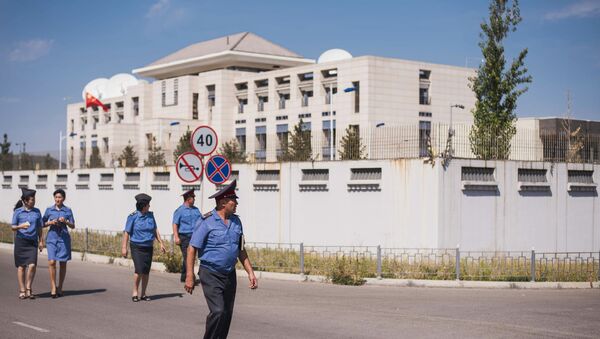 "Work to identify the persons involved in the terrorist attack in Bishkek continues in coordination with the SCO intelligence. Tajik, Chinese and Russian links can be traced in this work," Smirnov said at the 29th regional anti-terrorist structure of the Shanghai Cooperation Organization (RATS SCO) in southern Kazakhstan.

Four terrorists suspected of taking part in the attack on the Chinese Embassy in Bishkek and believed to be linked to Uighur separatists in Syria have been put on an international wanted list, the country’s state security body said earlier this month.

The suicide bomber who rammed a car rigged with explosives into the gates of the Chinese mission, killing himself and wounding three Kyrgyz nationals, was identified as Tajik passport-holder of Uighur nationality Zuir Khalilov.

Kyrgyz media quoted the security committee as saying that Bishkek appealed to Turkey for the extradition of four Kyrgyz citizens believed to have had coordinated and financed the terrorist act from Istanbul.