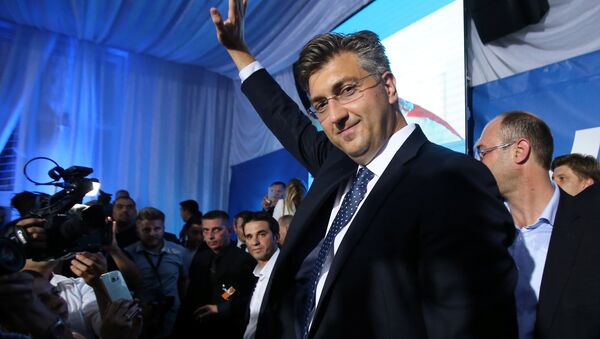 Croatia Holds Early Parliamentary Election Amid Political Uncertainty
HDZ won Sunday vote with 61 seats which falls short of an absolute majority in a 151-seat parliament. The SDP came second with 54 seats, the independent centre-right Most party had 13. To form a government the conservatives will have to start coalition talks with other parties.

HDZ had previously joined forces with the Most party.