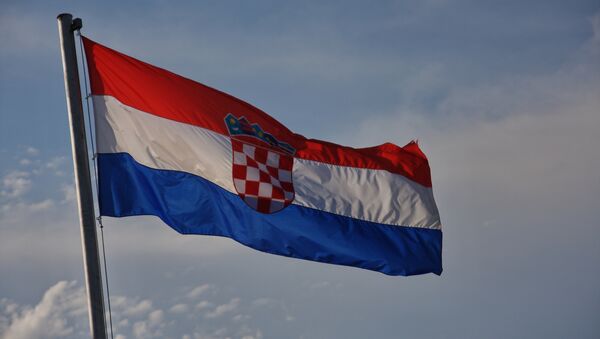 The Croats go to the polls on Sunday to choose the government for the second time in ten months.

BELGRADE (Sputnik) — The HDZ party, which led the coalition government after the November vote, lost much of people's support amid various issues, such as reported antipathy toward local minorities, including ethnic Serbs. In June, amid a governmental crisis, Croatian parliament adopted a decision to dissolute, following a no-confidence motion against Prime Minister Tihomir Oreskovic.

‘We Want to Live in Peace’: Serbian President Offers Olive Branch to Croatia
According to the N1 broadcaster, approximately 3.8 million Croatian citizens are eligible to vote in the parliamentary elections. From 7 a.m. (05:00 GMT), when the polling stations opened, until 11.30 am (9:30 GMT), some 18.9 percent of the electorate voted. The polling stations are due to close at 7 p.m. local time (17:00 GMT).

According to the broadcaster, 177 political parties, units and movements were registered all across Croatia before the start of the elections. Multiple media reports, as well as polling services suggest that there would be three major forces fighting for the right to form a government — the conservative HDZ, the Social Democratic Party of Croatia (SDP) and independent centre-right Most party.

Under the Croatian Constitution, the Sabor is composed of 151 members, thus, the parliamentary majority amounts to at least 76 seats.

According to the CRO Demoscop's most recent opinion polling for the Croatian parliamentary election, none of the mentioned parties would gain an absolute majority in the parliament. In particular, People's Coalition, headed by SDP, is expected to receive 34.5 percent of the vote. The HDZ and its allies are expected to count on the support of 27.2 percent, while the Most is likely to receive 8.8 percent of the voters' support.