Take Me to Your Leader: Is Western Civilization Declining Due to Bad Leadership? 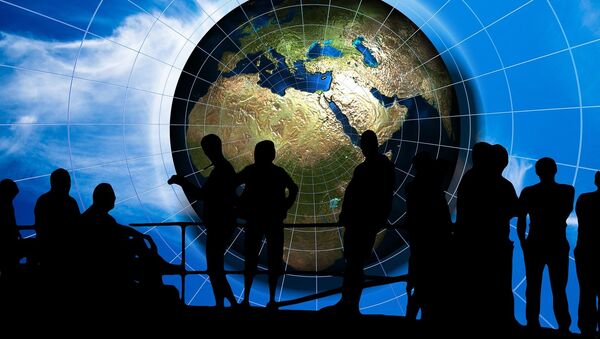 © Photo : Pixabay
Subscribe
International
India
Africa
If an alien species was to land on Earth and ask, "Take me to your leader" - who would we as a universal race of human beings delegate the task of interplanetary negotiations? Does a current world leader with the charisma and intelligence required for such an epic albeit hypothetical moment even exist?

Looking at the kind of political leaders of the world that exist, it becomes a worrying thought that one or many of them could one day be required to speak on behalf of us all beyond just the human public spheres.

If They Had Wheels and an Engine, World Leaders Would Look Like This

Internationally, we are witnessing in real-time a number of leadership battles from the presidential elections in the US, to the imminent Labour party leadership battle in the UK. For such contests, each individual involved is required to prove to their electing public, and to many extents even wider in the more "globally-connected" world that we live in, that they have what it takes to govern and "lead" the way forward.

If current political leaders are seen as failing the majorities, allow us to once again hypothetically present a list of names we think could do quite well in ruling a whole nation or even the wider world, because clearly there is a demand for a saviour to emerge.

Known to have quite the epic messiah complex and an ego to match, however he seems to have reached a stage of added humbleness and contained charisma that could serve us all.

Brand may be like Marmite in terms of his personality, but he does possess great intelligence, dynamic communication style and a way with words that enables large legions of others to follow. He also possesses the wizardry of humor and sharp, self-deprecating wit to the levels many political leaders such as Tony Blair and Boris Johnson have tried to acquire. Even Donald Trump gets adulation when he uses a sense of humor, but in the hands of enigmatic beings such as Brand, it could be close to what the world needs.

An English writer, public speaker and former footballer, who has millions of people worldwide flocking to his every public appearance. He has 157,000 followers on Twitter alone, and he sells out stadiums like a rock star, regularly touring the globe.

It's surprising for someone who has openly exclaimed that the world is currently run by a lizard-race who control our thoughts and do what they wish to do to assert control on us all.

This suggestion may be quite specific to demographics, because if we wanted to choose a musician to attract a younger audience, it would need to be someone like Zayn Malik or Justin Bieber. But then, they lack the core leadership qualities such as empathy and also have a bit of a warped view of the world based on their own experiences.

Springsteen famously refused to play scheduled concerts in the state of North Carolina, following its "transgender bathroom" laws. This was met with international respect for his display of integrity and action against something he believed to be wrong. The world needs him "To Run" in the way he sings he was born to do.

She has the Midas touch when it comes to anything she puts her mind to. She also has the power of the universe and every self-help expert on the planet on her side, which practically makes her a goddess of power and wealth.

Oprah is the ultimate epitome of a leader, and she has the money to do what she wants, when she wants!

"The Big B," as he is often referred to, is a superstar in India and amongst the South Asian diaspora worldwide.

Considering this equates to a billion plus captive audience, it certainly ticks the popularity box. He is also revered for his intelligence, his global outlook and his charismatic skills as a highly accomplished and gifted thespian.

And if all else fails when it comes to his real personality, then he could quite easily slip into an alter-ego character, maybe even from one of the array of roles he has played in the world of Bollywood over the years.

The world will always admire anyone who through injustice and what could have been tragedy, emerges like a Phoenix from the flames to represent exactly what so many worldwide need at this time.

I raise up my voice, not so that I can shout, but so those without a voice can be heard. — Malala Yousafzai #quote pic.twitter.com/KlSoNLp5FK

Malala is the Pakistani activist for female education and the youngest Nobel Prize laureate. She is quite the orator and delivers an important message with great authenticity and sincerity, which she has gained from her own personal experience. She is a globally significant leader in every sense already and to the many young girls who she has already inspired worldwide, she is a heroine of now who could easily represent those who may feel unrepresented.

Like the Big Bachchan, Chan is also revered worldwide and wins on the numbers side again in terms of obsessive folks who would do anything for him.

Chan is said to be nominated for a special, honorary Oscar for his incredible career in film. An actor becoming the president of a country, if not the world, could happen as it has happened previously in politics.

Someone legendary from the world of sports has to be a good candidate for global leader, and Maradonna, similarly to Chan and Bachchan does command adulation and God-like status in his home country. Surprisingly, even despite his antics off the field over the years, and much of his extra-curricular interests, he seems to still be loved.

Other prospective leaders from the world of sport who are currently still in their sports could be Gareth Bale of Wales and Christiano Ronaldo of Portugal, both of whom have rock-star status on and off the field.

Ronaldo for example, has shown that he has a heart too beyond his money and skills. And as the famous quote by famous ecologist and writer David Orr advocates, a bigger heart in politics could be just what the world requires right now.

David Orr famously said: "The planet does not need more 'successful' people. But it does desperately need more peacemakers, healers, restorers, storytellers, and lovers of every kind."