India to Use Drones, Helicopter in Kashmir During Eid-al-Adha 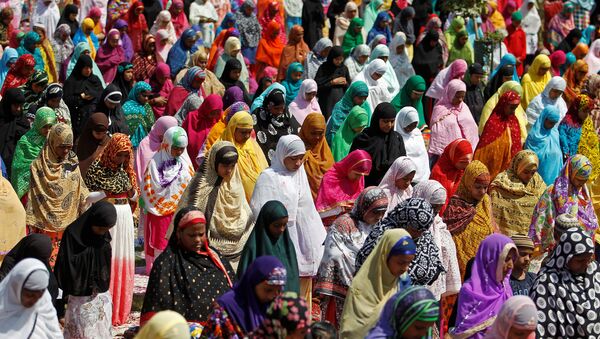 A curfew has been imposed in all districts of Kashmir valley and all communication networks were suspended on the eve of holy festival of Eid-al-Adha.
Silk Road: ‘Iran Seeks Closer Cooperation With Russia, China and India’
New Delhi (Sputnik) — In an unprecedented security move, the Indian government will use drones and helicopters to provide surveillance in all ten districts of the Kashmir valley during the holy festival Eid-al-Adha. Additional troops will be deployed to the valley as well as Government sources told Sputnik army personnel were asked to remain on standby for deployment.

The Indian government decided to take such a strong step after intelligence indicated there could be "large-scale violence across valley on Eid-ul-Adha."

Separatist leaders within the Indian state of Jammu and Kashmir have appealed to the people of Kashmir to celebrate Eid-al-Adha respectfully, taking into account the 80 victims of the conflict since July 8, when Indian armed forces killed militant commander Burhan Wani.