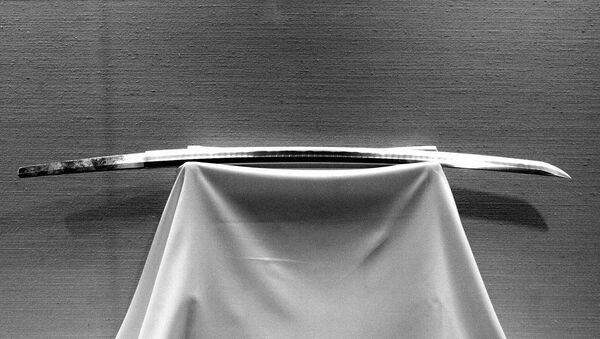 © Flickr / Marco / Zak
Subscribe
International
India
Africa
The image of a traditional Samurai sword depicted on the newly-minted logo for Japan’s Ground Self-Defense Forces (GSDF) has caused a barrage of criticism, as it suggests to many the military aggression of World War II, when katanas were last used by Imperial Japanese Army (IJA) soldiers.

The emblem was introduced to the public in May, and features a cherry-blossom star, elements of the Japanese flag and an unsheathed katana, or traditional Japanese samurai sword, with a crossed sheath, in the center. 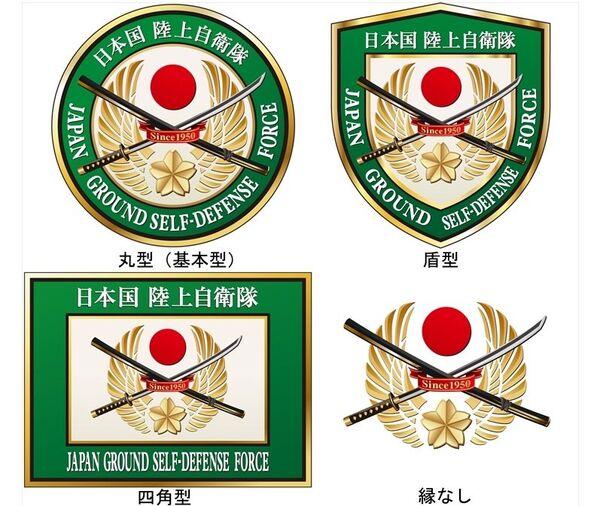 Asia
Japan Defense Seeks Massive Budget Boost to Defend Against Beijing, Pyongyang
According to Japanese military officials, the logo will be unveiled during international military operations Japan takes part in and also used for medals, plaques, banners and other commemorative items.

The Japanese military last used traditional katanas in World War II, in which Tokyo invaded several nations including China and the United States, sparking recent controversy and turning many in Japan away from the new image.

A Ground Staff Office spokesman attempted to calm tensions by saying that the sword was placed on the emblem as a tribute to Japanese traditional culture, not to refer to any particular period of wartime history.

"The emblems of the armies of foreign nations often use guns and bayonets," the official said. "We thought it would be appropriate for the GSDF from the standpoint of displaying a sense of Japanese-ness."

Yoko Shinohara, a community leader based in Tokigawa, Saitama, launched an online petition in July to alter the logo. The demand has drawn 22,000 supporters so far.

"A military sword is a symbol that will conjure up images of the plunder and threats carried out by the Imperial Japanese Army," Shinohara said to Asahi Shimbun. "I do not believe it is appropriate as an emblem of the SDF."

North Korea Reportedly Arming Elite Soldiers With 'Nuclear Backpacks'
Playwright Oriza Hirata, who has taken part in overseeing logos for Japan’s Tourism Agency, raised concerns over the GSDF’s new emblem, suggesting that it is unknown how “the peoples of Asia would feel” about it.

The introduction of the emblem comes in a wake of a series of law amendments pushed by Japanese Prime Minister Shinzo Abe which revise the country’s postwar pacifist constitution, marking a shift to militarization and a more aggressive Japanese military posture.

Ground Staff Office officials denied a connection between the constitutional shift to a more aggressive military and the use of a sword on the logo.