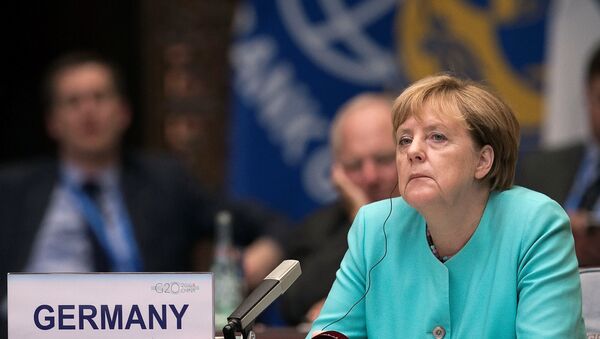 © REUTERS / Nicolas Asfonri/Pool
Subscribe
International
India
Africa
German Chancellor Angela Merkel is staring into the political abyss after her party's shocking defeat at the polls in her home state of Mecklenburg-Vorpommern, bringing demands for her to toughen her liberal stance on immigration.

Merkel's CDU party was beaten into third place with 19 percent, overtaken by the populist right-wing Alternative for Germany (AfD) party. AfD won 20.8 percent of the vote, coming second to the SPD, which won 30.6 percent of the vote, and — although reduced — allowed it to maintain control of the state in coalition with the CDU. 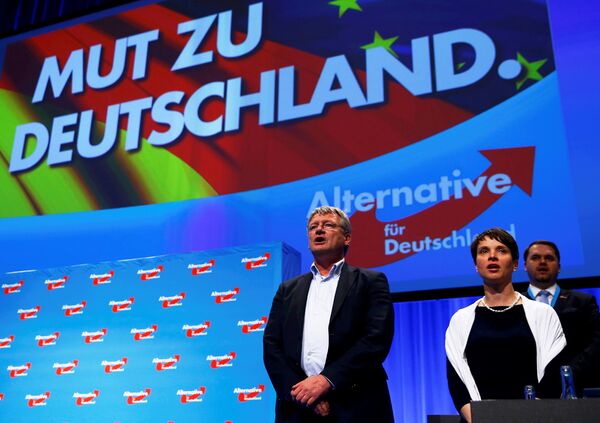 Frauke Petry, chairwoman of the anti-immigration party Alternative for Germany (AfD), and AfD leader Joerg Meuthen sing at the end of the second day of the AfD congress in Stuttgart, Germany, May 1, 2016.
© REUTERS / Wolfgang Rattay

​The defeat immediately brought calls for her to get tough on immigration, which has become the number one political issue, causing many Germans to move their support to nationalist parties, such as the AfD.

More than a million migrants arrived in Germany in 2015, causing major social unrest in many cities and towns across Germany. Subsequent terror attacks have brought about a rise in Islamophobia, with many blaming Merkel's "open-doors policy" to refugees to be at the root cause of the rise in terrorism in Europe.

"The CSU is pointing in the right direction. We need a cap on refugee numbers, expedited repatriation processes, an expansion of the list of nations deemed to be safe countries of origin, and better integration measures."

Merkel is facing a split within her coalition government, which comprises her CDU party, which is represented everywhere except within Bavaria, the CSU in Bavaria and the SPD party which formed a coalition with the CDU/CSU at the last federal election. 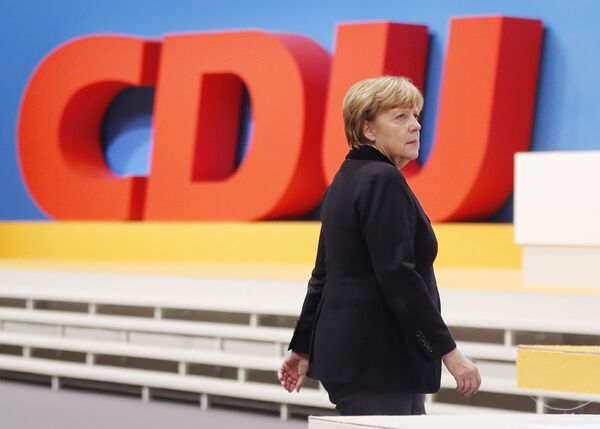 Although the SPD came tope in Mecklenburg-Vorpommern, their vote slipped by more than 5 percentage points, putting further strain on its coalition with the CDU/CSU.

However, in recent days she has stubbornly stood by her policy. Merkel told German TV that much had been achieved since she declared Germany's doors "open" to refugees in 2015. "We have achieved a lot since then and we need to do some more. We are at a completely different position since last year," Merkel said.

On June 18, Merkel said that refugees had not brought terrorism to Germany, adding that Islam belonged in the country as long as it was practiced in a way that respected the constitution. "The phenomenon of Islamist terrorism, of IS [Daesh], is not a phenomenon that came to us with the refugees," Merkel said.