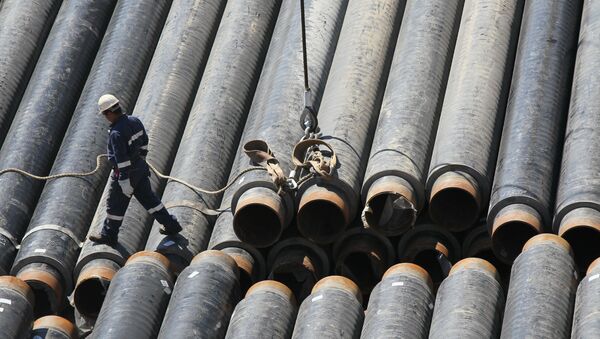 MOSCOW (Sputnik) — Russian President Vladimir Putin said on Friday that, in his opinion, the Turkish Stream project would eventually be implemented.

"I believe that we will eventually complete it, at least the first part, which expands transport capacities and increases supplies to Turkey's domestic market," Putin told the Bloomberg agency in an interview.

Kiev Terrified Turkish Stream Could Leave Ukraine in Energy Isolation
The Turkish Stream project is due to deliver Russian gas to a hub on the Turkish-Greek border from where it will be piped to Europe. The project was suspended after the downing of a Russian Su-24 aircraft by a Turkish F-16 fighter in Syria on November 24.

In June, following Turkey's apology to Russia for the November incident, the sides began a reconciliation process. An intergovernmental deal on the Turkish Stream is expected as early as October.