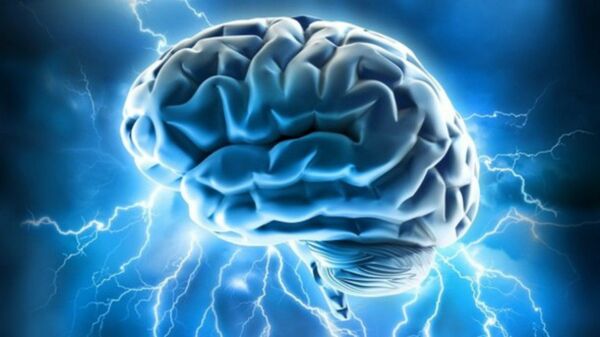 © Flickr / Allan Ajifo
Subscribe
International
India
Africa
Researchers from the US Princeton University have found out that the human brain is capable of carrying out complex statistical calculations and track the likelihood of an event occurring in real-time mode, based on raw data continuously received from the sense organs.

The scientist held an experiment where participants had to compare probabilities without thinking about actual numbers. If people tried explicitly to do the math, they failed, said Kenneth Norman, professor at the Princeton Neuroscience Institute (PNI).

Medics ‘Cut Open’ Mouse’s Nervous System Using 3D Projection
The human brain can accurately track the likelihood of several explanations for what the person sees around himself. "When I try to cross the street, I'm not actually analyzing every bit of the scene," said Yael Niv, an associate professor at the PNI. "I'm constructing a narrative that I base my decision on, such as, 'That car is slowing down because of the red light'," he said.

Within the study, Norman and his colleagues observed how brains of the students participating in the experiment worked while they were exploring a virtual safari park. The park was divided into four parts marked with different colors. Each zone was inhabited by elephants, giraffes, hippos, lions and zebras. The task forced the brain to use previous observations of these animals in order to decide in which colored zones various groups of the animals were likely to be found.

Polish Man Awakens From Coma After Groundbreaking Brain Treatment
While the students were solving the task, they were undergoing functional magnetic resonance imaging, which showed the regions of the brain that were the most active at that moment. The study unveiled that the part of the brain responsible for the statistics "super-powers" was the orbitofrontal cortex, which is involved in carrying out complex plans, action motivation, decision-making and high-order thinking.

According to the scientists, such important features of human intellect as mental alertness and quick adapting to a new situation, depend on the configuration and activity of the orbitofrontal cortex. The research was published in the Journal of Neuroscience.