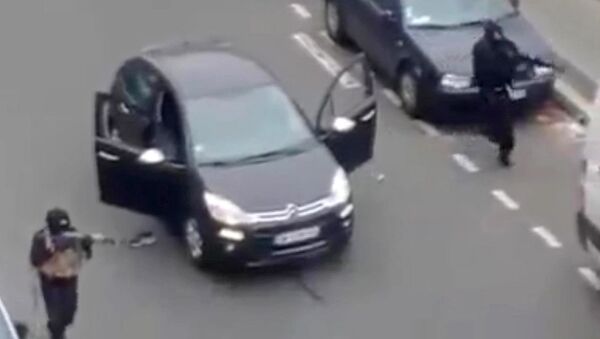 French authorities charged a brother-in-law of one of the Charlie Hebdo attackers with involvement in terror-related activities, local media reported on Saturday.

The 20-year-old French student was extradited from Bulgaria to France on Friday in accordance with a European arrest warrant issued for being involved in "conspiracy to prepare acts of terrorism."

In July, Hamyd was apprehended by the Turkish authorities as he tried to illegally escape to Syria and handed over to Bulgaria where he was placed in detention center.

On January 7, 2015, two Islamist gunmen burst into the editorial office of the satirical magazine Charlie Hebdo, known for publishing controversial caricatures of religious figures, and opened fire. A total of 12 people were killed in the massacre.