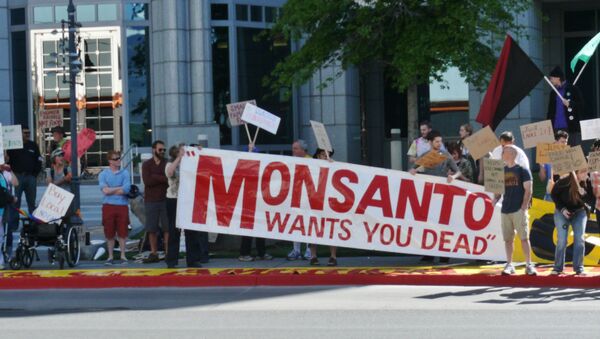 As India tightens regulatory norms, Monsanto has withdrawn its proposal to introduce next generation genetically modified cotton seeds into the country.

Seed giant Monsanto has decided to suspend the introduction of next generation genetically modified (GM) cotton seeds in India. Monsanto, in a statement acknowledged that the decision was prompted by differences with the Indian government over royalty fees and price caps.

"Our decision to suspend this introduction in India is an outcome of the uncertainty in the business and regulatory environment, which includes the regulation of trait fees and introduction of the draft compulsory licensing guidelines," a Monsanto spokesperson said in a statement to the Press Trust of India.

#monsanto has #NoPatentOnSeed in #India & no approval for #RoundUpresistant cotton. Wants to act against law of the land @RadhamohanBJP

"This is a blessing in disguise for India. This will enable India to develop more resilient cotton seeds locally. The Central Institute of Cotton Research in Nagpur has already claimed that the cotton seed developed by it is better in comparison to what Monsanto’s next generation seeds," Devender Sharma, agriculture expert, said.

Loosening the Noose: India Bows to Pressure From Monsanto Over GM Cotton
Meanwhile, Monsanto’s announcement had a negative impact on the company’s shares in India with a 2% decline on Thursday’s trading.
Since 1998, cotton seed prices have increased 71000% in India mainly due to royalties. India’s new government made it clear to Monsanto that would not allow them to exploit farmers.

The government of India issued a circular last December calling for a cap on prices of different cotton seeds starting from April this year. Accordingly, maximum sale prices of cotton seeds were fixed at Rs 800 for BG II and Rs 635 for BG I for financial year 2016-17.  Earlier, prices ranged from Rs 830- Rs 1000 across different states of India.

Monsanto's Indian subsidiary Mahyaco Monsanto Biotech India Ltd (MMBL) licenses cotton seed technology to 50 Indian companies in exchange for a hefty royalty fee. However, in May this year, the Indian government cut the royalty fee by 74%, dealing a heavy blow to MMBL’s revenue. Following this, Monsanto threatened to review its business in India. It contested the government decision in the Karnataka High Court, but lost the case.