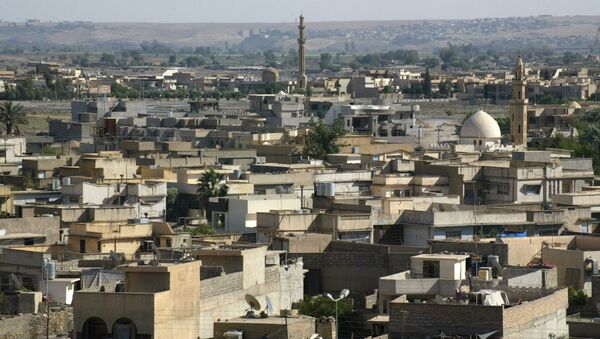 © AFP 2021 / MARWAN IBRAHIM
Subscribe
The Iraqi Air Force has spread leaflets over the Daesh-controlled city of Mosul, asking civilians not to provide any help to terrorists, the press service of the Patriotic Union of Kurdistan (PUK) said Thursday.

Iraqi Forces Prep Armed Robot to Dislodge Daesh From Mosul (VIDEO)
MOSCOW (Sputnik) — The Iraqi forces are distributing leaflets by air over Mosul to inform citizens about the forthcoming operation to liberate the city, according to the press service.

"The residents were warned against any attempts to provide support to militants," the press service said, adding that the leaflets also urged those living in Mosul to stay indoors, as far as possible away from militant positions.

Mosul, the second largest city in Iraq with a population of 500,000 people, has been controlled by Daesh terrorist group since 2014. Iraqi forces backed by Kurdish Peshmerga militia are currently preparing an assault to liberate the city.