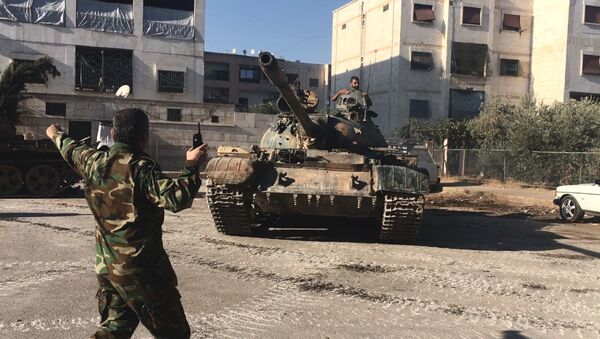 The Syrian armed forces managed to repel all attacks of the Daesh terrorists in the Kuweires region near the airbase and the air force academy, according to a military source.

ALEPPO (Sputnik) – The Syrian army repelled attacks of the Daesh militant group near the Kuweires air base in the Aleppo region, a military source told RIA Novosti on Tuesday.

"The IS terrorists attacked several army positions in the Kuweires region near the airbase and the air force academy. The army managed to repel all attacks, terrorists suffered losses in manpower," the source said, adding that some of the IS’ military equipment was also destroyed.

The Daesh group is banned in Russia.