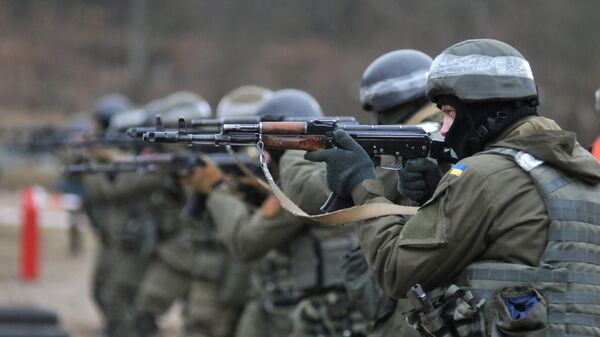 More than 38 percent of Ukrainian nationals oppose the country's potential accession to NATO, a survey revealed on Thursday.

KIEV (Sputnik) — The survey conducted by the Ukrainian National Science Academy's Institute of Sociology revealed that 38.4 percent of respondents were against Kiev's NATO aspirations, while 38.1 percent were in favor of pursuing a path to membership.

Sarkozy: 'It Would Be a Mistake to Integrate Ukraine Into NATO, Europe'
A total of 23.5 percent of those polled were reluctant to offer an opinion on the matter.

The survey was conducted from June 13 until July 4 across the country with the exception of the breakaway southeastern regions of Donetsk and Lugansk.

In December 2014, Ukraine suspended its non-aligned status and confirmed its intention to join NATO. In September 2015, Ukrainian President Petro Poroshenko signed a military doctrine, stipulating the need for the country's armed forces to match NATO standards by 2020.