More Than Meets the Eye: Shadow Government Calls the Shots in Japan 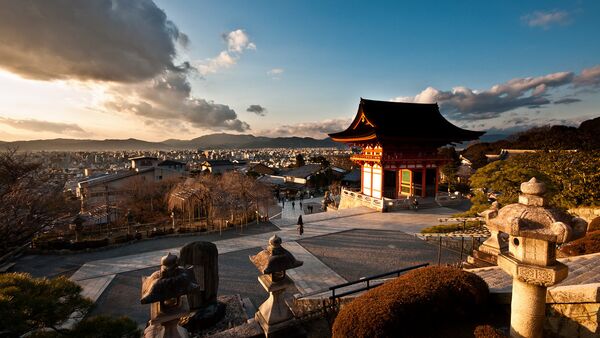 © Flickr / Sami Paju
Subscribe
Over the past 20 years or so, Nippon Kaigi – a conservative Japanese lobbying group associated with Prime Minister Abe, have become increasingly influential in domestic and international politics. Sputnik asked Tawara Yoshifumi, who wrote a book about the secretive organization, to explain its growing clout.

How One Secret Rightwing Group Fights to Return Japan to its Former Glory
Tawara Yoshifumi described Nippon Kaigi as an ultra-right organization hell-bent on “rewriting history.”

“On May 30, 1997 the rightwing religious organization Society for the Protection of Japan and their likeminded People’s Conference to Protect Japan merged together to form Nippon Kaigi, whose agenda included, among other things, constitutional reform,” Tawara Yoshifumi said.

In December 1994, the Society for the Protection of Japan established a group consisting of members of the ruling Liberal-Democratic Party with the would-be Prime Minister Abe representing the head of the group’s managing secretariat.

The group prevented parliament from passing a resolution with an official apology to the countries, which fell victim of Japanese aggression during WWII.

Tokyo eventually offered its apologies in an August 15, 1995 address by then Prime Minister Tomiicho Murayama, but no concrete steps were made to actually adopt an official resolution to this effect.

“I believe that Shinzo Abe owes his reelection to Nippon Kaigi and the Society of MP members of Nippon Kaigi,” Tawara Yoshifumi said.

On September 26, 2015 Shinzo Abe was elected to the head of the ruling Liberal-Democratic Party prevailing over his main rival – ex-Defense Minister Shigeru Ishiba.

When asked why almost 300 Japanese lawmakers happen to be members of Nippon Kaigi, Tawara said that the ruling party and parliamentary organizations hold the key to virtually any political motion made on the parliamentary floor.

In August 2005 the upper house of the Japanese parliament rejected a bill to privatize the country’s postal service tabled by former Prime Minister Koizumi Junichiro forcing him to dissolve the legislature and call new election under the slogan “Let’s Ask the People!”

“One shouldn’t underestimate the role played by the parliamentary groups, which, apart from the Society of MP members of Nippon Kaigi, also include the conservative group Nippon and the Association of Shinto Political Leaders, both headed by Shinzi Abe. I don’t think that politicians who are not members of any of these groups has any chance to stay in parliament,” Tawara Yoshifumi said.

Nippon Kaigi describes its aims as to "change the postwar national consciousness based on the 1946 Tokyo Tribunal’s view of history as a fundamental problem" and to revise the country’s 1947 Constitution, and sees its mission to promote patriotic education, restore the status of the emperor and rebuild the might of the armed forces.

Nippon Kaigi’s allied People's Association for Creating a Constitution for Beautiful Japan sticks to a similar ultraconservative agenda and some of its members hold senior positions in both organizations.